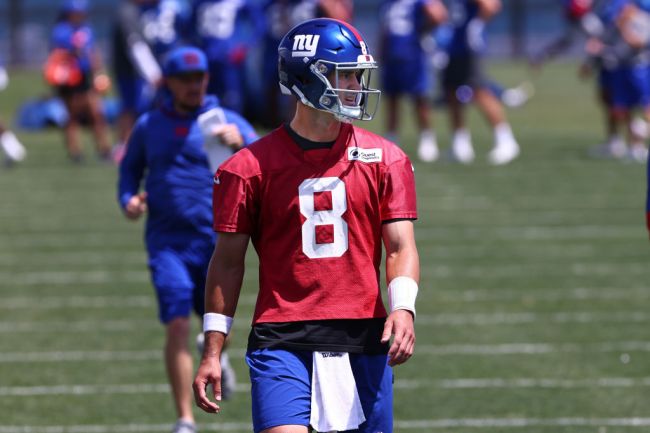 Daniel Jones’ career hasn’t gotten off to the start that the New York Giants were hoping for when they spent the 6th pick in the 2019 draft on him. In his first 3 years, he has struggled to spark the offense and the team has struggled to win games.

Now, Eli Manning, the Giants quarterback he replaced, has revealed what he believes has been holding Jones back so far in his career. He believes the repeated coaching changes in New York have contributed to Jones’ struggles.

Eli Manning discusses Giants QB Daniel Jones' future under new HC Brian Daboll: "I'm excited for Daniel, I know he's worked extremely hard and you know, been through a lot of offenses, a lot of coaching changes, so hopefully this can be the right one"https://t.co/UiwYkKgS02 pic.twitter.com/0dKyRwwRAO

“By my fifth year, I had been in the same offense the whole time, I knew it, I could coach it up, new guys are coming in, I was speaking the same language as my offensive coordinator and as Coach Coughlin, and kind of preaching the same stuff. And with [Jones], it’s all new, and it’s learning, and he’s consistently trying to learn and learn and learn, and it just takes some time before it all sinks in.”

Manning also believes that the new Giants staff could change things for Jones.

“I think with Coach Daboll, and what they’re doing, and that staff, and [new GM] Joe Schoen, having been around the facility some, the atmosphere has changed. So I’m excited for Daniel, I know he’s worked extremely hard and you know, been through a lot of offenses, a lot of coaching changes, so hopefully this can be the right one.”

The Giants will be hoping Eli is right about this coaching staff fixing things for Jones as they try to compete in an improved NFC East.