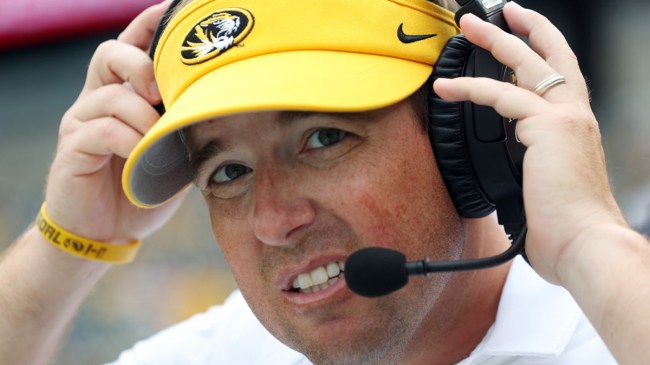 One of the first things you learn when you head off to college is learning how to manage the responsibilities you’ll have once you get settled in on campus, as juggling classes with the various extracurricular activities available to students can be a fairly delicate balancing act.

That’s especially true if you have an interest in two pastimes that are traditionally popular with a solid chunk of undergrads: partying and college football (which typically go hand in hand).

Some college students got their first taste of the latter when the season unofficially kicked off during what is known as “Week 0,” but most programs will be waiting until this week to kick off their 2022 campaign.

That includes Missouri, which will be ushering in its season on Thursday night when it hosts Louisiana Tech.

Based on personal experience, it’s hard to beat the opportunity to attend a night game at your home stadium. However, I can also personally attest to the downsides of partaking in traditional gameday activities—primarily crushing as many beers as possible over the course of an extended period of time—when those contests fall on an evening preceding a day where you’re scheduled to attend at least one class.

On Monday, Tigers head coach Eliah Drinkwitz said a few aspiring members of the Mizzou student section voiced some concerns about where their priorities should lie ahead of the season opener, and the man who patrols the sidelines in Columbia didn’t mince words when he stated where he thinks their loyalties should lie at this point in the season.

Drinkwitz: "These students up front just asked me about class on Friday. I say skip it. It's early in the year. You can overcome an early deficit."

When you consider Missouri is currently favored to win by 19.5 points, it’s hard to imagine fans will really be missing out on much if they don’t show up on Thursday. With that said, who are they to ignore the advice of their head coach?