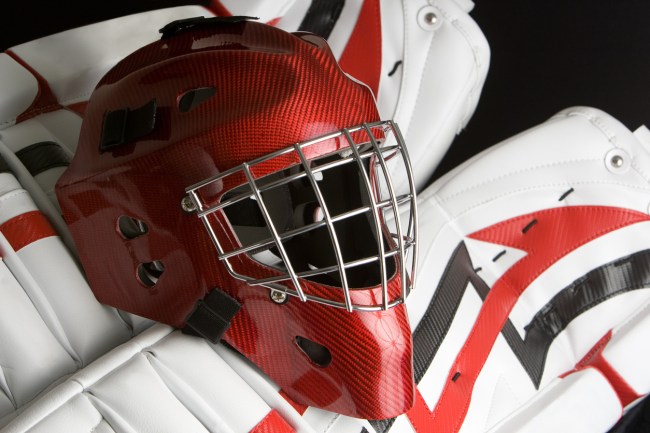 If you played a sport in high school, there’s a very good chance that at one point or another you encountered an opponent who you knew was destined to do bigger and better things thanks to their ability to effortlessly outshine everyone else around them and dominate every game that they participated in to a point where you questioned your decision to even play sports in the first place.

I grew up in southeastern Connecticut in a fairly rural area, and as a result, most of the high schools that made up my conference had a fairly small amount of students to pick from when fielding teams. However, there was one comparatively large “city” whose school historically had a significantly more impressive talent pool.

Whenever the basketball season rolled around, we checked the schedule to see when we were slated to play what we were more than aware were automatic losses; it wasn’t a matter of if we were going to lose but rather how hard our shit was going to get kicked in.

I’ve tried to suppress most of those memories but there’s one game in particular that’s forever seared into my mind courtesy of current Chicago Bulls point guard Kris Dunn, who was only a freshman at the time but probably could have still beat us if he had been the only player on the court.

Not everyone can be a standout talent like Dunn was and there are plenty of people who’ve flown under the radar in high school only to turn into studs. However, thanks to the rise of the internet, it’s become easier than ever to identify players who have a ton of potential thanks to the number of websites devoted to keeping tabs on prospects across the country.

Sites like Rivals and 247 Sports exist to give us easy access to stats and highlight videos of the most promising (and, at times, imaginary) athletes in their respective games—as well as some of the most underwhelming ones, including a college hockey player who recently reached out to Elite Prospects concerning his profile.

On Tuesday, the website posted a message it received from a goalie who recently completed his senior season to close out a career he describes as the “definition of mediocre.”

In the letter, the self-admitted perennial backup acknowledged his shortcomings while asking for a simple request: to have his profile deleted from the internet so he never has to see his awful stats again.

Email received from a college hockey player, made us laugh out loud pic.twitter.com/pLf3He2Bsa

While his name was blurred out, it didn’t take long for the folks over at r/hockey to identify the author as (now former) Norwich University player Ben Zargaj and his stats would appear to back up his hilariously self-deprecating description of himself.

Here’s a screenshot of the profile for posterity if they end up honoring his first request instead of tweaking his bio. 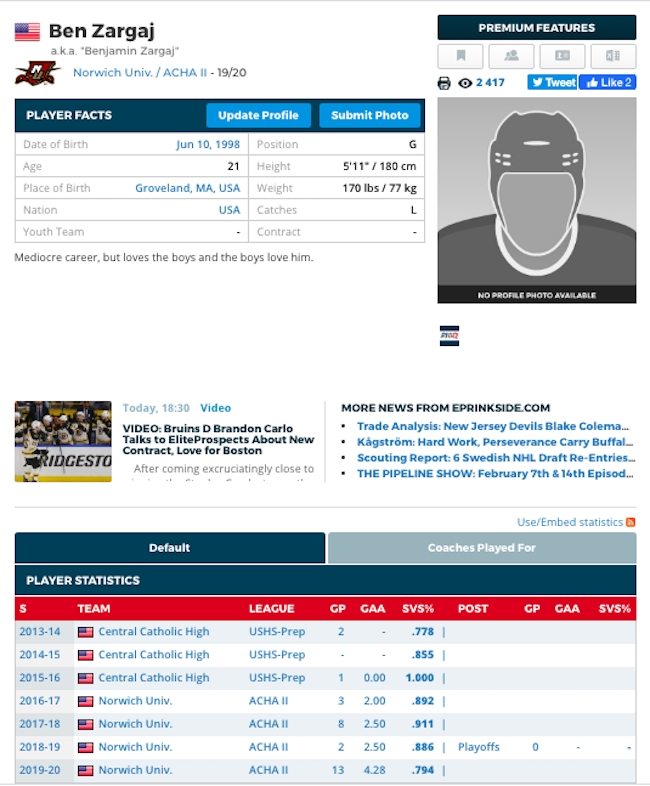 Ben’s college hockey career might be over but something tells me this dude has a very promising future as the kind of guy you want to play with in your beer league.