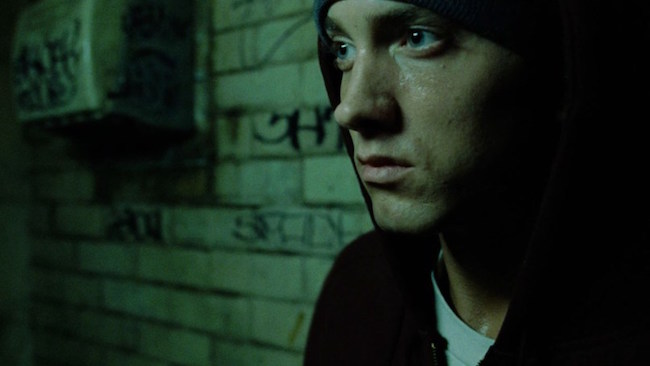 The Detroit Chamber of Commerce might not necessarily be thrilled with it, but it’s hard to argue Eminem (or Marshall Mathers, depending on the time of day) isn’t the de facto ambassador of the city. Detroit has been responsible for pumping out successful musicians across multiple genres going back to the Motown era and beyond, and the rapper brought it back onto the scene when he and his alter ego made their debut in the late 1990s.

Detroit played a prominent role in the wildly underappreciated (but frequently memed) 8 Mile, Eminem’s pseudo-biopic where the city was less of a location and more of a character in a film that managed to project an aura of genuine grittiness in every single frame. Despite his international fame, he’ll always have a connection to Detroit— one that he’s honoring in a collaboration with its baseball team.

On Thursday, Eminem threw a few photos on his Instagram account showcasing the limited-edition jersey he’d designed in conjunction with the Detroit Tigers.

The jerseys feature Eminem’s real last name on the back with a backward “E” to commemorate the stylization of his onstage persona. The “8” is a reference to the eponymous road that gave its name to his 2003 film.

The link to the jersey is still up, but I’m assuming they received more than a few inquiries as it seems you can no longer enter your information. I don’t know if MLB’s website lets you use a backward “E,” but it could be worth a shot if you’re desperate.