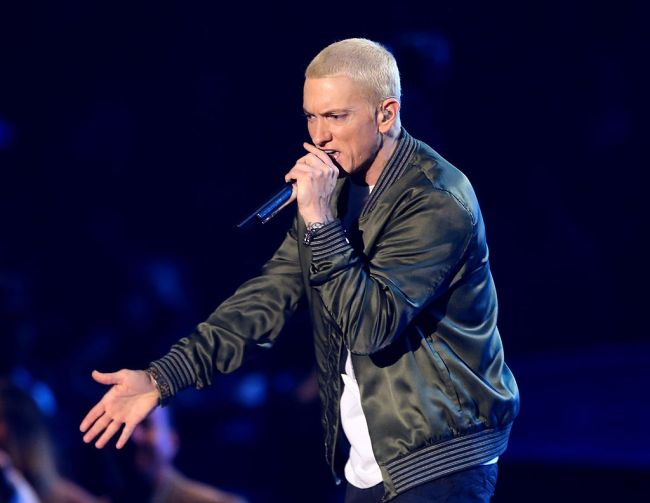 Eminem apparently had some interesting ideas for his Super Bowl halftime show appearance, but the NFL wasn’t too thrilled about them.

According to Eriq Gardner of Puck reports, Eminem planned to take a knee in solidarity with Colin Kaepernick, but the league told him no because they wanted to avoid a “divisive culture war moment.”

A Super Bowl special from me, for @PuckNews, as I can reveal the NFL clashed with Dr. Dre over a lyric from a signature hit how he’s “still not loving police.” The league also nixed a plan by Eminem to kneel, Colin Kaepernick-style. https://t.co/opWY8HLRYM

Update: Eminem defied the NFL and took a knee during the halftime show

Eminem the GOAT for kneeling even after the NFL told him not to do it pic.twitter.com/b64NL2Rz63

Update #2: The NFL claims they never said anything to Eminem about not kneeling.

NFL's Brian McCarthy on the report that the league told Eminem not to kneel during the halftime show: “Report was erroneous. We watched all elements of the show during numerous rehearsals this week.”