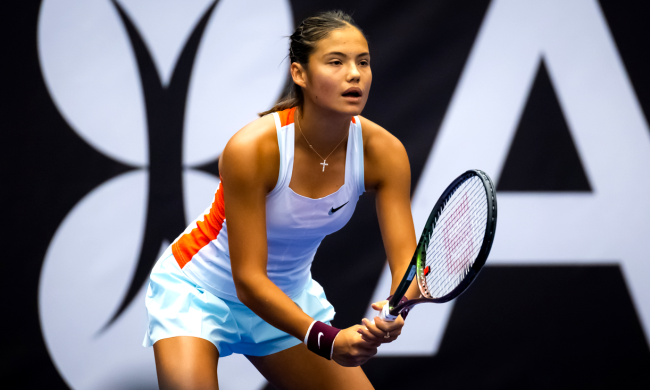 Tennis star Emma Raducanu, who made more money than the No. 1 player in the world this year, recently visited the club where she got her start.

The 19-year-old, who shocked the world when she became the first singles qualifier in the Open Era to win a Grand Slam title at the 2021 US Open, stopped by The Parklangley Club in Beckenham, Kent this week.

“Started on these courts,” Raducanu wrote in an Instagram story.

Eight lucky youngsters also got to pose for a photo with the 76th ranked female tennis player in the world.

Well, this was a nice surprise. Always happy to see a grand slam winning former Parklangley junior at the club 😂 @EmmaRaducanu 👏🏻👏🏻👏🏻 pic.twitter.com/mCpfpH0tf3

Despite such a low ranking, Emma Raducanu still managed to come in third on the list of highest paid female athletes for 2022. She even made more money than world No. 1 Iga Swiatek, though she didn’t actually earn it on the court. Most of earnings came from endorsements.

During her first full year on the WTA Tour, Raducanu went just 17-19. That being said, her 76th ranking is still 74 spots higher than it was when she won the US Open.

Unfortunately, it was announced on Friday that she was forced to withdraw from the Billie Jean King Cup Finals this weekend due to a wrist injury she suffered four weeks ago in another first-round loss.

She is, however, healthy enough to be able to continue to rehab with medicine balls and weights, based on photos and videos she posted this week.

“It’s disappointing to get the news from the doctors that I won’t be ready in time, particularly with it being on home soil,” she said about the withdrawal. “I tried to do everything possible to get it ready in time, since my last tournament I’ve been working every day on physical training + rehab.”

In related news, Emma Raducanu also lost her coach Dmitry Tursunov after he says he saw “some red flags.”

“I was walking away from Emma regardless of whether there was another [player] available or not,” ESPN reports Tursunov said in an interview with Tennis Majors.

“We didn’t agree on the terms and there were some red flags that just couldn’t be ignored,” he continued.

“Our trial period was over at the US Open, but I stuck around, trying to see if there was going to be a way to impress the team.

“She’s absolutely great, she’s a hard worker and she doesn’t think or act like she’s a superstar … It was a very difficult decision for me to walk away from a player that I like and respect.”