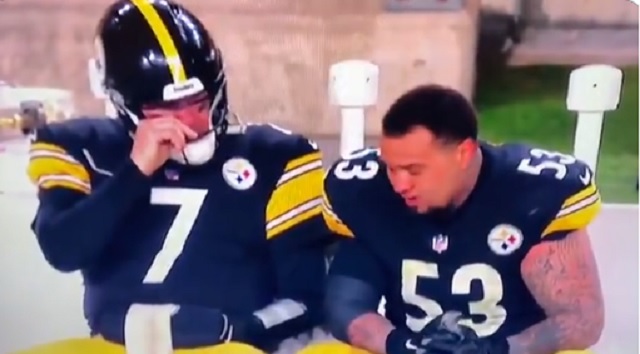 Ben Roethlisberger was extremely emotional on Sunday night it what could have been the final game of his NFL career.

During the Browns-Steelers playoff game, Pittsburgh fell behind big early in the game which forced Roethlisberger to throw an insane amount of passes to try to get his team back in the game.

This might be the most insane stat line you will ever see pic.twitter.com/XFTKFQOeky

Despite a valiant effort, Ben couldn’t get a comeback win and looked extremely sad on the bench after the team’s loss.

At one point, Roethlisberger was seen crying alongside teammate Maurkice Pouncey on the bench.