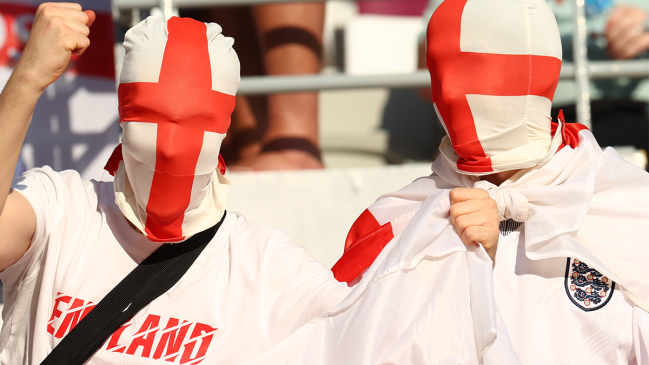 Anyone who made the decision to watch the 2022 World Cup in person had to know they were in for a fairly interesting time thanks to the many rules foreigners in Qatar are expected to abide by as well as the serious Fyre Fest Vibes we were treated to as details concerning some questionable accommodations for fans began to trickle out ahead of the tournament.

Qatar’s government also pulled a controversial (if not unsurprising) move just days before the action kicked off when it decided to disallow the sale of beer inside the stadiums that were poised to be one of the few places in the country where visitors could get their hands on alcohol.

Some spectators have deployed some fairly bold tactics to get around that ban, while others have made it their mission to figure out a way to get their drink on after arriving—including some guys from England who ended up embarking on the kind of adventure that no one would believe if they hadn’t documented the entire thing.

The supporters in question went viral over the weekend for reasons that will be obvious once you take a look at the footage they captured after linking up with a guy who identified himself as the son of a Qatari sheik while roaming around in search of a beer.

Alex, one of the Everton fans at the center of the saga, chronicled the absolutely wild night he and his crew were treated to after hopping into an SUV with the royal in question, who brought them back to a lavish pad where they hung out with a lion and the other exotic animals in the compound’s menagerie.

Two Everton fans in Qatar went looking for beers and ended up in a Sheikhs palace chilling with a lion. 🤣🇶🇦 pic.twitter.com/R17nDd3f0A

Lads don’t get much madder than that.