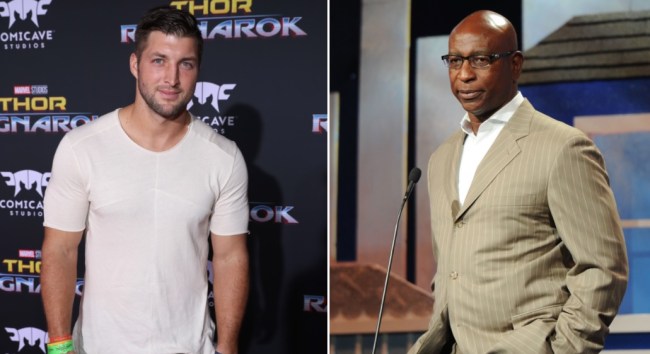 The Tim Tebow signing continues to be highly controversial.

For the past few days, people on the Internet including current and former NFL players have lashed out at the Jaguars for signing Tebow, who hasn’t played a snap since 2012, ahead of Colin Kaepernick.

😂😂Tebow got a job before kaepernick. Wait til we play Jacksonville💤💤💤💤

On Wednesday night, NFL Hall of Fame running back Eric Dickerson became the latest to blast the Jags over the Tebow signing.

An angry Dickerson told TMZ that he thought Tebow getting signed was complete “bullshit” and he felt that it had everything to do with race.

“That’s bullshit,”. “That’s how the NFL is. You know, it’s different for us. I’ll say that. Of course [Kaepernick] is getting punished. He’s black. It’s a different league for us. It’s the truth and we know it. And I hate that because it’s wrong.”

It doesn’t seem like the Tebow controversy will ever end and will probably kick into high gear as the season approaches.