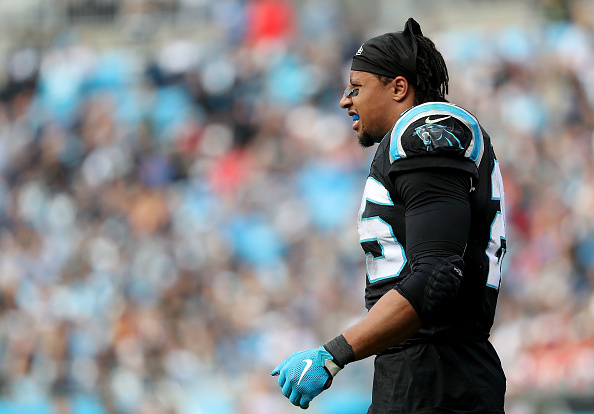 Outspoken Carolina Panthers safety Eric Reid, who has knelt during the national anthem in the past and is part of Colin Kaepernick’s collusion case against the NFL, believes that he’s being unfairly targeted by the league and their “random” drug testing policies.

I know what I’m dealing with,”. “I have a collusion case against the NFL. This is something that doesn’t surprise me from them. It’s supposed to be random. It’s obviously not. I’m not surprised about it. Even though it seems crazy on the outside looking in, and it is, I’m not surprised.”

“I know I’ve done nothing wrong, so I’m not concerned that my drug tests will come back … that I’ll fail that test,” “But the system is lying, much like what I’m protesting. It’s supposed to be a random system.

“I’ve been looking at math statistics trying to talk to people. I think it’s like a 1 percent chance that somebody gets tested this much. Statistically, big problem.”

After tonight’s Monday Night Football game, Reid was hit with his seventh “random” drug test of the season, which is pretty remarkable considering he’s only played in 11 weeks.

Eric Reid has been randomly drug tested 7 times in 11 weeks.

You can’t see the air quotes he put around randomly. pic.twitter.com/G40m4gQSO3

The Internet was of course outraged with the “random” drug test issued by the NFL.

The “random” tests are a scheme designed to distract Eric Reid. Because right now he’s one of the best safeties in football. This is shameful by the NFL. Just shameful.

The NFLPA has been investigating whether the NFL has been unfairly targeting Reid and I’m sure they’ll release a statement soon because this is getting ridiculous.