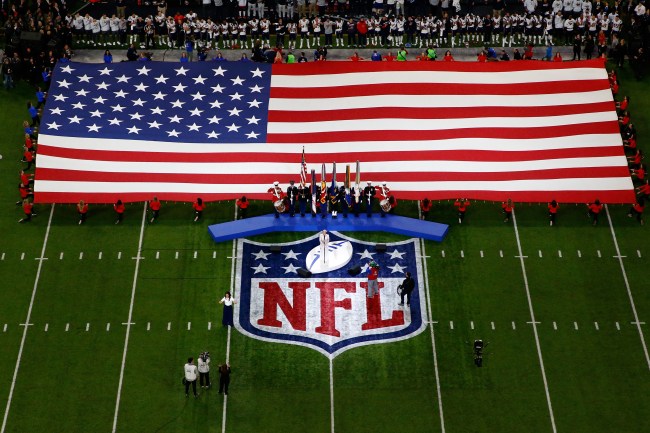 ESPN will cover NFL player protests during the national anthem and the singing of the “Lift Every Voice” also known as the “Black national anthem” on the upcoming season-opening broadcast of Monday Night Football according to ESPN exec Stephie Druley.

Stephanie Druley, executive vice president of event and studio production, said ESPN plans to cover any players protesting during the U.S. national anthem, as well as the performance of “Lift Every Voice and Sing,” known as the Black national anthem, during the network’s NFL Week 1 doubleheader Sept. 14.

The network will cover pregame player protests and the singing of the Black national anthem live before the Pittsburgh Steelers and New York Giants game at 7 p.m. ET, Druley said. Time permitting, it will take the same approach before the Tennessee Titans and Denver Broncos game, which is scheduled for a 10:15 p.m ET kickoff.

“Our policy is to cover the anthem when it’s newsworthy. That’s not going to change,” Druley told reporters during a media call. “We are going to continue as we’ve done with the NBA and the WNBA. We will cover social justice movements, actions, as they happen. We’re not going to shy away from that.”

“Look, we’re going to keep our main rule, which is when it intersects with sports, we’re going to cover it, and look, we don’t see the social justice movement as being political. It’s social justice,” said Druley. She can’t say if they’ll show the anthem for half the season or just two of 10 games. “I don’t know. We will make a judgment call every week. But I can tell you that Week 1, that first game, you will see the anthem — and you will see ‘Lift Every Voice.’”

ESPN’s stance is surely going to annoy some fans but we’ll have to wait and see if coverage of player protests will affect viewership numbers in the future.