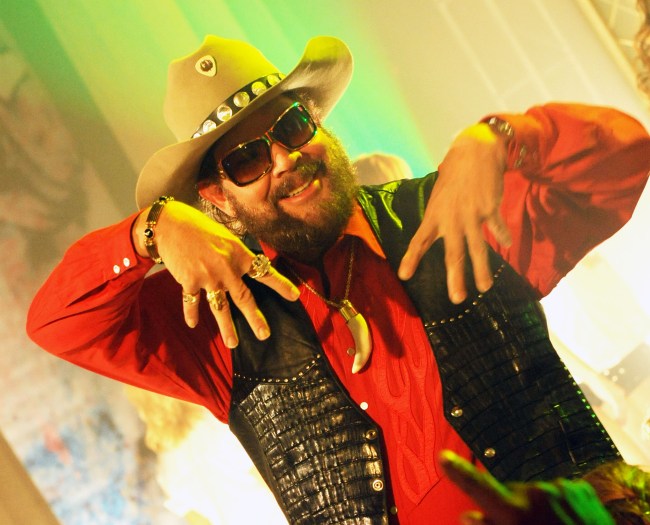 ESPN executives announced that Hank’s song won’t be featured on Monday Night Football this season and it has nothing to do with politics. This season it’s being dropped because the lyrics simply don’t match up to empty NFL stadiums.

How can one really be expected to sing ‘All My Rowdy Friends Are Here on Monday Night’ where there aren’t any rowdy friends in sight and the seats are completely empty? Sports Business Daily says ESPN will instead go with a Little Richard song this season for Monday Night Football.

ESPN will not use Hank Williams Jr. for its “Monday Night Football” open this season, as its execs decided that the song “All My Rowdy Friends Are Here on Monday Night” will not resonate for games that will be contested in mainly empty stadiums. ESPN said it has not made a decision about whether it will bring back the song next season, when full crowds, presumably, will be allowed back. ABC first used the song to open “Monday Night Football” in ’89.

ESPN instead will use the Little Richard song “Rip It Up,” with modern-day instrumentals from a Virginia-based band called Butcher Brown combined with Little Richard’s voice. The open will not show the musicians on-screen; the sound track will be put over game-specific highlights. The singer died earlier this year. ESPN worked with Little Richard’s estate and his label, Concord Records, to come up with the music for the open. (via SBD)

If you need a quick refresher, here’s Little Richard’s ‘Rip It Up’. The song will be reworked to fit Monday Night Football and ‘Monday’ versus Saturday Night.

When the song was pulled from MNF back in 2011, it was in reaction to a Fox & Friends appearance where he described President Barack Obama and Republican House Speaker John Boehner playing golf ‘like Hitler playing golf with Netanyahu’ amongst other comments.

Three days after the interview, ESPN announced they were dropping his song from MFN and Hank Williams Jr. responded by saying he was going to pull his song despite the fact that ESPN had already dropped it. Hank Williams Jr’s own son, Hank Williams III, later told TMZ “that most musicians, including his father, are “not worthy” of a political discussion.”