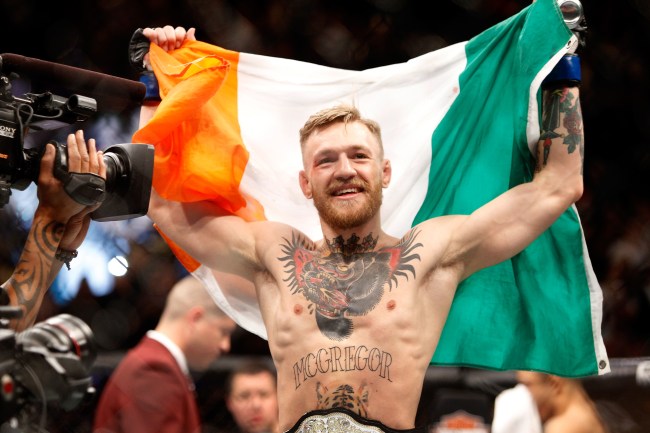 ESPN (DIS) and Fox Sports (FOXA) have submitted a joint bid worth at least $320 million annually, to split exclusive television broadcast rights to the Ultimate Fighting Championship (UFC). Reports indicate that ESPN would contribute between $120 million and $180 million per year, to add +/- 15 premium live-events to its new ESPN+ service; with Fox Sports committed to spending $200 million per year, for the bulk of the TV package. There had been speculation Endeavor would hold on to UFC broadcast rights and distribute them direct-to-consumer following the company’s $250 million acquisition of the digital video broadcasting provider Neulion.

Howie Long-Short: In 2016, Endeavor paid $4 billion for the UFC expecting to cash in on this round of rights negotiations; but, poor ratings (-22% on Fox, -17% on FS1 in ‘17) and the pending availability of WWE television rights, lowered expectations dramatically. Initial reports had the company seeking $450 million/year, but by late 2017 Fox was offering just $200 million/year to extend broadcast rights into 2019.

This deal makes too much sense, for everyone involved, not to be completed. Endeavor could take in as much as $380 million/year, a figure that seemed unfathomable back in December.  The Walt Disney Company would acquire some much-needed content for ESPN+ and Twenty-First Century Fox (FOXA) would retain the bulk of the UFC TV package, while holding firm on their $200 million offer. Sure, they’re paying $80 million/year more for less programming; but, they retained live assets (Fox wants to be 80% live sports, news) and are still well positioned to pursue the WWE contract.

Fan Marino: It’s not nearly as rare as one might think for DIS and FOXA to share broadcast rights. Both ESPN and Fox Sports carry Big Ten athletics, Pac-12 athletics, MLS and USMNT matches.

As for the UFC fanatic, this deal means they’ll be forced to spend an additional $4.99/mo. (ESPN+) on fights, that they previously had access to with a cable subscription.

Less than a year after entering the European market, Yahoo! (AABA) has decided it will cease hosting paid-entry daily fantasy sports contests for its overseas users. The decision, effective at the completion of the English Premier League season (May 14), will leave free contests (including season-long offerings) as the only options available on the U.K. platform. Yahoo! isn’t the first DFS provider to pull out of Europe, FanDuel engaged U.K. users in 2016 before deciding to re-allocate marketing resources to a U.S. market with 5x the number of DFS players (53 million to 10 million).

Howie Long-Short: Yahoo! is exiting the U.K. DFS market for the same reason U.S. DFS operators are gearing up for legalized sports betting; there is no market for “substitute” gambling, when in-game betting is a reality. Those that play fantasy sports for fun, compete in free season-long competitions; while those that want in the action, have sports gaming apps at their disposal.

DraftKings UK, Sportito and PlayON are the biggest remaining DFS players in Europe. DraftKings has raised capital from 21st Century Fox (FOXA). Sportito is a joint venture between ASAP Italia and SportRadar. EQT Holdings Management (EQGP), a publicly traded private equity/venture capital firm with 11 exits (IPO/M&A) to its name, led Sportradar’s +/- $55 million P.E. round in July ’12. As for PlayON, despite the company’s $43 million valuation; there are no ways invest in the company.

Fan Marino: Speaking of DraftKings, the company recently announced a partnership with the Arena Football League, that will give users the ability to compete in newly formed contests while watching league games within the application. It’s the 2nd broadcast rights deal the DFS company has signed within the last 6 months. In October, DraftKings secured rights to live stream EuroLeague games (applies to players participating in contests $3+).

As non-traditional players (think: FAANG) begin acquiring sports rights, keep an eye on the gaming companies. DraftKings CEO Matt Kalish hit the nail on the head when pointing out that what DFS players (and gamblers) “really want is a one-stop shop”, where you can play (and in the future gamble) and “consume game content” in the same location.

DraftKings has made no secret of their intention on moving into the sports betting space, should SCOTUS rule it legal. Corporate spokesman James Chisholm was quoted as saying DFS companies are “perfectly positioned to succeed (think: 10 million users) in a legal sports betting market.” The company has hired a “Head of Sportsbook” and is reportedly “contacting potential casino partners.”