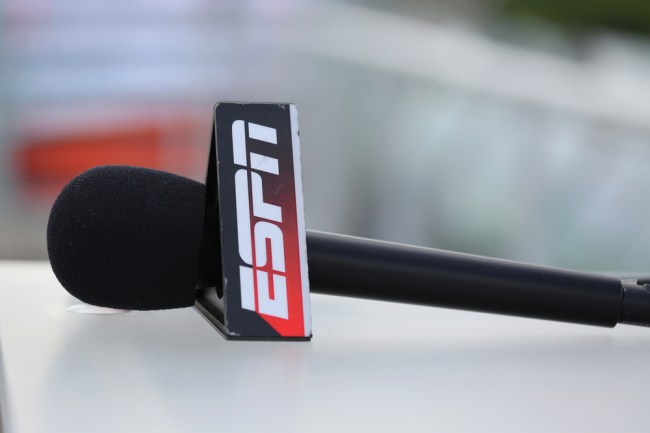 The Wide World of Sports is in shock today after ESPN President John Skipper abruptly announced that he is resigning. According to Sports Illustrated‘s Richard Deitsch, the reason John Skipper has given for his abrupt resignation is that he’s been grappling with ‘substance addiction’ for many years.

It’s hard to overstate how big of a shakeup this is at the biggest organization in all of Sports media. Prior to his resignation, John Skipper has been bringing in $5 million/year in salary. And that’s before stock options and bonuses.

ESPN president John Skipper has resigned from the company. "I have struggled for many years with a substance addiction," Skipper said.

ESPN has released a public statement on their in-house Media Zone blog which includes the personal statement (below) from John Skipper as well as a statement from Big Iger, Chairman and CEO of the Walt Disney Company:

Today I have resigned from my duties as President of ESPN.
I have had a wonderful career at The Walt Disney Company and am grateful for the many opportunities and friendships. I owe a debt to many, but most profoundly Michael Lynton, George Bodenheimer and Bob Iger.
I have struggled for many years with a substance addiction. I have decided that the most important thing I can do right now is to take care of my problem.
I have disclosed that decision to the company, and we mutually agreed that it was appropriate that I resign. I will always appreciate the human understanding and warmth that Bob displayed here and always.
I come to this public disclosure with embarrassment, trepidation and a feeling of having let others I care about down.
As I deal with this issue and what it means to me and my family, I ask for appropriate privacy and a little understanding.
To my colleagues at ESPN, it has been a privilege. I take great pride in your accomplishments and have complete confidence in your collective ability to continue ESPN’s success. (via)

So, who takes over now? ESPN addresses that at the beginning of their statement on the Media Zone

ESPN President John Skipper announced today that he is resigning from his position, citing a substance addiction problem. Former ESPN President and Executive Chairman George Bodenheimer (who worked at ESPN from 1981-2014) will serve as Acting Chair of the company for the next 90 days, overseeing the transition process.

Richard Deitsch apparently was able to text with an ESPN staffer and nobody saw this coming:

A text from an ESPN staffer: "Nobody know anything. There is a lot of reckless speculation out there."

A quick perusal of Twitter shows that everyone in Sports media is totally losing their shit right now. It’s clear that nobody from the outside saw this coming.