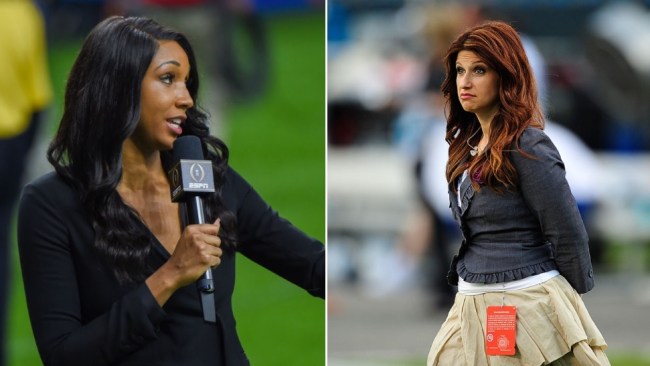 An email from ESPN Chairman Jimmy Pitaro obtained by The Holly Wood Reporter outlines the network’s plans moving forward regarding diversity and inclusion, improving “the experiences of black employees,” and a bit of a backstory regarding the Maria Taylor & Rachel Nichols drama.

Pitaro’s memo is lengthy and touches on a wide range of topics, but the two most notable statements outlined in the email are ESPN’s plans for a town hall meeting to address diversity and inclusion and a statement about Taylor earning her spot as ‘NBA Countdown’ host.

“Before I get into the details, I do want to be clear on one thing: Maria Taylor was selected as NBA Countdown host last year because she earned it. Please know our commitment is that assignments and opportunities at ESPN are based on merit and any concerns, remarks, or inferences that suggest otherwise have been and will continue to be addressed.”

In one of the closing paragraphs, Pitaro explains the plans for an upcoming town hall meeting:

“The goal of this note is to ensure everyone understands where we are at this moment and to know that we have an ongoing focus on improving, and a commitment to listening. We plan to address diversity and inclusion at an upcoming ESPN town hall later this month, and we will continue to have focused conversations with the Black and African American community at ESPN in the coming weeks. As always, we value an open and honest dialogue.”

Pitaro’s statement about Taylor earning the ‘NBA Countdown’ spot is the one that could be looked at as a bit of a head-scratcher.

This isn’t to say that, in Pitaro’s opinion, Taylor did in fact earn the spot, but in the leaked audio of Nichols’ call, she said that hosting during the NBA Finals was in her contract. Contracts can of course be broken, but Taylor had mostly been covering football at that point while Nichols had a decade-pluls of experience covering the NBA.

The backstory, and Pitaro’s blanket statement of Taylor ‘earning’ the spot, is notable. While he did not mention Nichols in the memo, it’s clear that he’s sending a message to her, but one without any real detail or explanation about why things unfolded as they did.