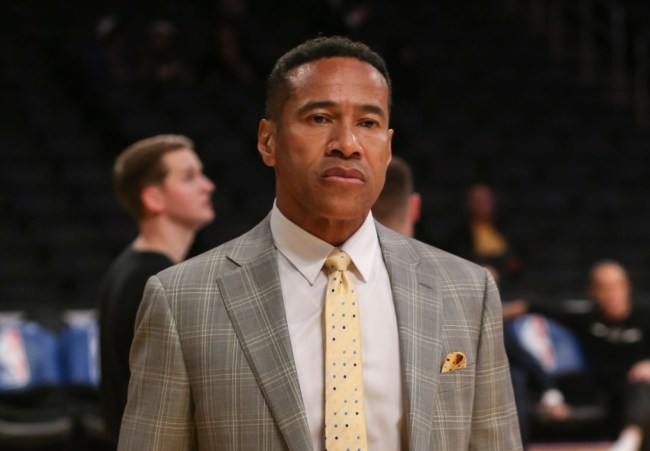 Mark Jones, a veteran broadcaster at ESPN, is scheduled to call Saturday’s game between Army and Cincinnati and on Twitter made it known that he won’t be needing the security of a police officer for the afternoon.

The 58-year-old tweeted that he’d “rather not have the officer shoot me because he feared for his life because of my black skin or other dumb ish” ending the tweet by writing “I’m not signing my own death certificate.”

To our knowledge, a sports broadcaster has never been shot by a cop

Saturday at my football game I’ll tell the police officer on duty to “protect” me he can just take the day off. Fr.

I’d rather not have the officer shoot me because he feared for his life because of my black skin or other dumb ish.

I’m not signing my own death certificate💯

“Police never saved me. Never helped me,” Jones also tweeted on Wednesday. “Never protected me. Never taken a bullet for me. (They’ve pulled guns on me) Never kept me safe in a protest. Never stopped the racist from taking my Black Lives Matter flag off my house. I could do without em. fr.”

Jones’ tweet came hours after the Breonna Taylor grand jury ruling on Wednesday in which one of the officers in the case was indicted for shooting into neighboring apartments. Officer Brett Hankison was charged with three counts of wanton endangerment and could face up to five years in prison.

In years past, Jones has tweeted his praises for police:

S/o to the Syracuse Police Dept who helped me secure the 💼 today. I appreciate y’all. Keep up the great work. Real professionals👏🏾👏🏾🙏🏾 pic.twitter.com/RytChETJ6E

I'm not going to lie. I love our police escorts to the stadium. Saves us a good 40 min to 1 hour of not waiting in traffic.

Jones is set to call Saturday’s Cincy-Army game alongside Quint Kessenich and Dusty Dvoracek at 3:30 PM EST on ESPN.