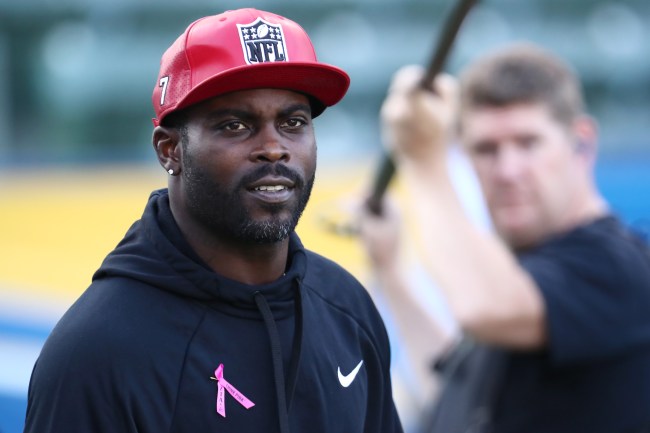 Michael Vick officialy retired from football in 2017 but he continues to be a wildly popular and controversial figure outside the field and his story is getting the “30 for 30′ treatment.

On Thursday, ESPN’s 30 for 30 films announced they were going to air a two-part documentary on Vick’s life that will take a look at his rise to stardom, his time in jail for his involvement in a dog fighting ring, and his eventual return to the NFL.

Beginning with his emergence as a high school star in Newport News, Virginia, “Vick” traces the quarterback’s rise as a college football phenomenon and then number-one overall draft pick of the Atlanta Falcons – the first time an African-American quarterback was selected with the top pick. In the NFL, Vick would stand out not just for his singular athleticism, but also for his standing as a cultural icon, a star who refused to turn his back on the friends who’d been with him since the beginning. Ultimately, it would be that refusal that would portend his downfall.

Vick quickly went from superstar athlete to national pariah; from one of the most popular players in the NFL – and all of sports – to a man as ostracized as virtually any public figure in America. Yet Vick’s style of play would revolutionize the position of quarterback, and his success on the field would open doors for other black quarterbacks to follow.

Director Stanley Nelson (Miles Davis: Birth of the Cool, Tell Them We Are Rising: The Story of Black Colleges and Universities) talked about how he wants to not only tell Vick’s life story but also wants to explore the larger social and cultural context surrounding Vick himself.

“As a historical documentary filmmaker, I was interested in placing Michael Vick’s life within larger historical narratives – narratives about race and sports, poverty and power, and about the criminal justice system,” said director Nelson. “In the film, we get to see how Vick’s childhood affects the choices he makes, as well as how these larger social forces shape his trajectory. I hope that viewers of the film can gain a fuller understanding of the social context that gave rise to Vick’s story, as well as its reverberating impact.”

Nelson thinks the Vick saga could follow a similar arc given its swirl of often-contradictory themes. Vick, who was a hugely popular player who redefined the quarterback position and injected hip-hop into the league, in the director’s view, but he is synonymous for some people with animal cruelty. “The appeal for me was to look at the story in its totality,” Nelson said, “and 30 for 30 is a place where I can do that.”