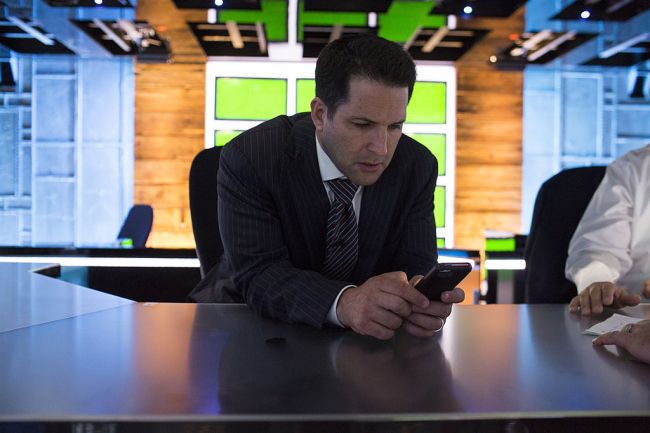 Adam Schefter is attempting to tweet through his current email scandal on Twitter and his strategy doesn’t seem to be working.

On Tuesday night, Schefter found himself at the center of the WFT email scandal after an old email in which he asks former WFT president Bruce Allen if he wanted an unpublished story “tweaked” got leaked in a story by the LA Times.

. @AdamSchefter sent Bruce Allen an unpublished draft of a story and called him “Mr. Editor” according to court filings the LA Times uncovered. https://t.co/3hxtarO9hd pic.twitter.com/l4Z9y9Jqeh

After getting heavily criticized by journalists over his email exchange with Allen, Schefter defended himself during an appearance on 95.7 The Fanatic.

“I’ve learned for a long time in this business not to discuss sources, or the process, or how stories are done,” said Schefter. “But I would just say that it’s a common practice to run information past sources. And in this particular case, during a labor intensive lockout that was a complicated subject that was new to understand. I took the extra rare step to run information past one of the people that I was talking to. You know, it was an important story to fans; a host of others, and that’s the situation.”

Schefter would later go on Twitter to tweet like nothing had happened and people are absolutely crushing him in the comments section for attempting to ignore the scandal.

It's amazing you're sending out tweets today as a Company Man like nothing happened. Those of us who considered you a critical source for NFL information will never trust you again. Come correct Adam. Today or never.

So you just gonna post all day like you didn't see your name trending in today's topics https://t.co/QtB91O5AVE

I see we are going for the "tweeting through this scandalous storm" strategy https://t.co/HAmZIUBPcO

You should probably take a sick day….. https://t.co/0jlTJ5sBLv

Did you ask Bruce Allen if you could tweet this out? https://t.co/jZy9CuRfGg

They straight cooking you man. I’d lay out for a bit. Don’t bring Nate in to the roasting