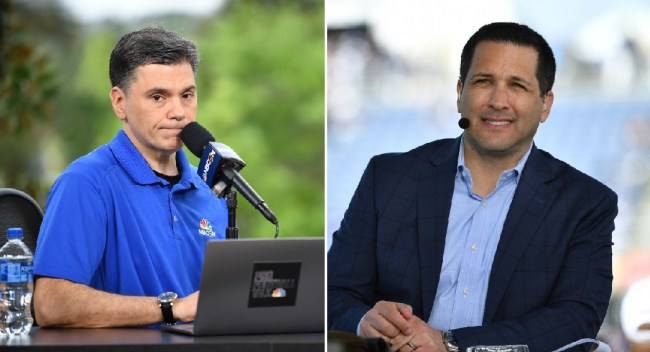 We have some reporter on reporter crime happening over on Twitter.

On Thursday night, ESPN’s Adam Schefter reported that Ravens coach John Harbaugh told the team that their facilities were going to be closed until Monday due to the most recent positive Covid-19 tests that included QB Lamar Jackson.

Ravens players were told today by their HC John Harbaugh that, for everyone’s safety, they will not be allowed back in the training facility until Monday at the earliest, sources tell ESPN.

Ravens are scheduled to play Steelers on Sunday, so that game doesn’t seem possible.

Pro Football Talk’s Mike Florio refuted Schefter’s report by saying that his league source had told him it was too early for the Ravens to close their facilities.

Per source, ESPN report that John Harbaugh has told players they will not return to facility until Monday is premature at best, incorrect at worst. Decisions have not yet been made.

Schefter immediately fired back at Florio with this tweet.

Ravens’ HC John Harbaugh just confirmed to ESPN that he told the team tonight that players will not be allowed to go into the training facility until Monday at the earliest. https://t.co/HESwy2Y5Op

Which led to Florio responding.

Let’s try this another way. Per source, this isn’t Harbaugh’s call to make. Decisions have not yet been made. https://t.co/6LV5OJci2k

Time will tell whose report is correct or if Harbaugh is lying but it’s still pretty funny that both reporters are beefing in public.