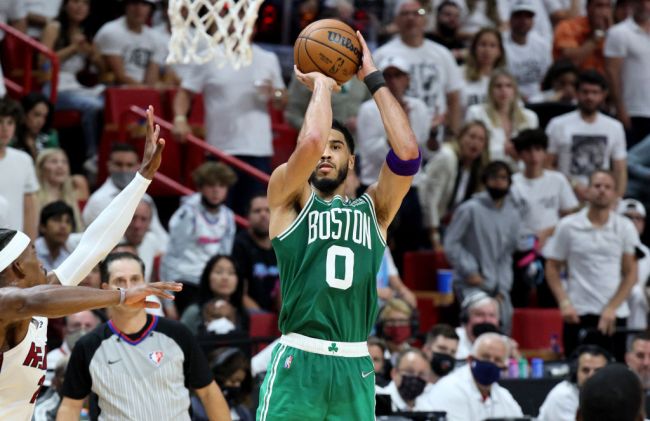 Game 1 of the NBA Finals goes down tomorrow night and many fans are already putting in their predictions on who will win the series and how. Some are also getting ready to place wagers on the outcome of the series.

Right now, DraftKings Sportsbook is listing the Golden State Warriors as -150 favorites to win their 4th NBA title in the last 8 seasons. While there are likely plenty of fans who agree with that assessment, there is a computer that sees things going very differently.

According to ESPN’s Basketball Power Index, the Boston Celtics should actually be the favorite to win the series. In fact, BPI says that they should be a pretty sizable favorite as it is giving the Celtics an 86% chance to win the NBA Finals.

The Celtics have a strong chance to beat the Warriors in the #NBAFinals, according to ESPN's BPI 👀 pic.twitter.com/JJzaNSwfGF

The Golden State Warriors have 3 big advantages in this series. They have home court advantage, they have a ton of NBA Finals experience, and they are much more well-rested after eliminating the Dallas Mavericks in 5 games.

Still, according to BPI, the team to beat is the one that took out the player who won Finals MVP for each of the Warriors’ last two titles, the defending NBA champs, and the 2020 runners up on their way to appearing in the NBA Finals.

The series will see the NBA’s best defense take on an offense absolutely loaded with weapons. The BPI numbers must indicate that the Celtics will be able to slow down the relentless scoring of Steph Curry, Klay Thompson, Andrew Wiggins, and Jordan Poole.

Pulling that off won’t be easy, but if the Celtics can do it, we might just see them win the NBA Finals for the first time in Jayson Tatum’s career and the first time for the franchise since 2008.