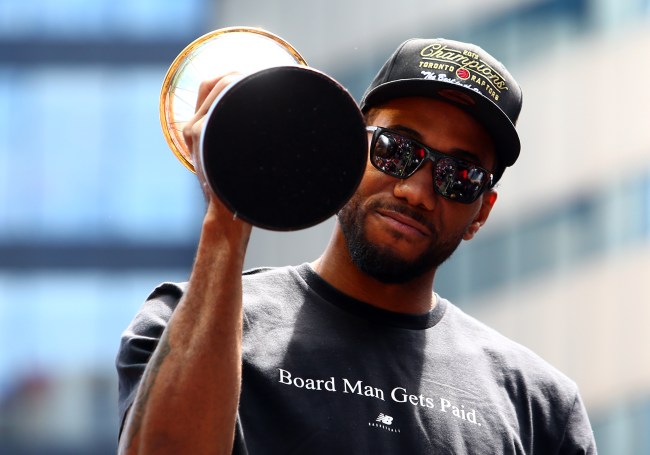 Reports about where Kawhi Leonard is going to sign next season have been all over the place for the past week.

Just earlier today, Stephen A Smith reported that he was hearing that Kawhi was going to sign to the Lakers.

ESPN @stephenasmith Show just unexpectedly ends his interview with @ChrisBHaynes saying “I’m getting word right now from a couple reliable sources: Kawhi going to the Lakers. I don’t know how true it is to be quite honest with you, but they’re telling me: Lakers, Lakers, Lakers.” pic.twitter.com/QJxqhmp2gQ

A few hours later. Stephen A’s colleague Jalen Rose went on the air to claim that there was a ’99 percent’ chance Kawhi Leonard was going to sign with the Toronto Raptors to maximize his contract when it’s over.

I can't believe this is a thing on TV right now #KawhiWatch #WeTheNorth pic.twitter.com/slUuFoPG2c

According to ESPN’s Adrian Wojnarowski Kawhi’s decision could come today or on the 4th of July.

“I was told to not expect a decision until at least later today, possibly tomorrow on July 4th.”@wojespn |🎥 @GetUpESPN pic.twitter.com/cKgZ2FWS9e

Woj says on ESPN that there's "no belief" there will be a Leonard decision today, but either "sometime tomorrow, July 4 or maybe it could even go another day. Kawhi Leonard is taking time here. The decks have been cleared . . . The whole basketball world is waiting . . "