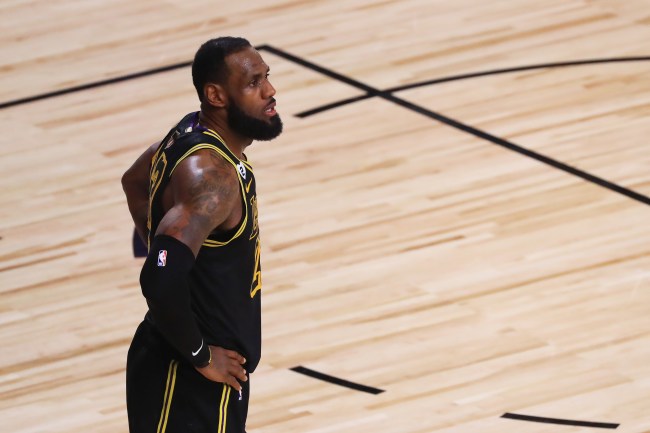 The LA Lakers lost game 5 of the NBA finals against the Miami Heat in heartbreaking fashion.

With less than 10 seconds left in the game, LeBron James drove the ball to the hoop and passed it out to a wide-open Danny Green who ended up missing the shot.

ESPN’s Jay Williams was not happy that LeBron didn’t take the final shot of the game and criticized him for it.

Yes Danny Green was open but I don’t care what no one says… Bron needed to shoot that shot. PERIOD.

Williams’ own ESPN colleagues ended up firing back at him.

You can’t be serious right now @RealJayWilliams Somebody had to hack your account to tweet this one bro. https://t.co/uBjg4ZnjyF

Man it was the right play stop it! https://t.co/U5otsky5P4

LeBron justified his pass to Green during his postgame comments and says he would do it again.

Lakers’ LeBron James on pass to Danny Green: “I was able to draw 2 defenders below the FT line & find 1 of our shooters… for a wide open 3 to win a championship. I trusted him… I know he wishes he could have it again. I wish I could make a better pass. You live with it.” pic.twitter.com/xi6qnE7zaQ