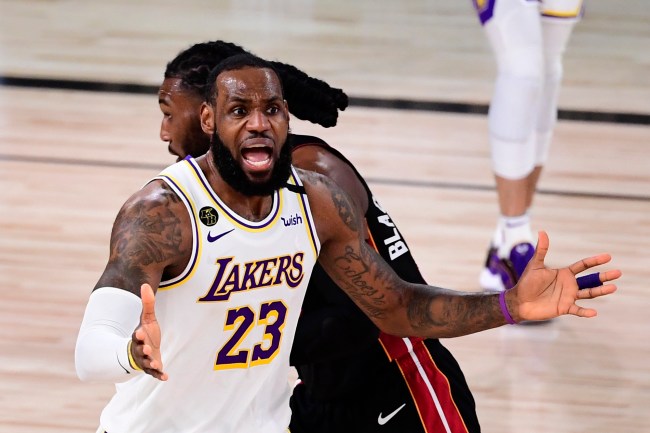 LeBron James has a reputation of complaining to refs and Jay Williams is fed up.

During game 4 of the NBA finals, it seemed like LeBron was non-stop whining to the refs which led to ESPN’s Jay Williams to blast the NBA superstar during ABC’s halftime show.

Jay Williams calling out LeBron for crying to the refs every time he drives pic.twitter.com/wCyHiKkNPd

Also for LeBron every time he attacks you can’t spend your time looking at the refs complaining about every single call, play through it, play aggressive, let that fuel you.

Fans agreed with Williams’ comments about LeBron’s whining to the refs.

Reason 400 why he will never be goat over Jordan https://t.co/Iaoi04hTKE

Why he has the nickname Lebaby James. J will 💯 https://t.co/mVNmIogoEQ