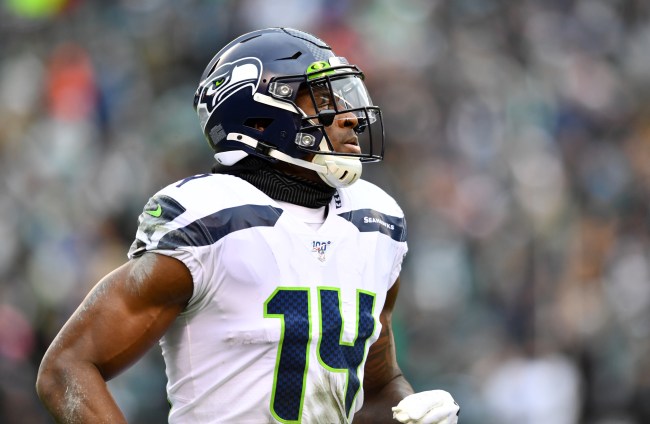 ESPN’s ‘Monday Night Football’ booth is having some issues.

During tonight’s Seahawks-Vikings game, Booger McFarland erroneously proclaimed that the Vikings were on the wrong end of the Minneapolis Miracle.

“These are the types of plays that have historically went against the Minnesota Viking. The Minneapolis Miracle. It’s about time something went there way.” -Booger McFarland

It's literally one of the most famous football plays of the decade. How do you not know that it resulted in a touchdown for the Vikings? and, if so, how are you a professional NFL analyst? pic.twitter.com/I55Z0zfdLY

Later in the broadcast, McFarland’s partner in the booth, Joe Tessitore, went on to make his own error when he called Seahawks D.K. Metcalf ‘Decaf Metcalf’.

Decaf Metcalf! Not to be confused with the regular, caffeine-filled Metcalf. pic.twitter.com/8AzbDaISIj

Iced Venti Decaf Metcalf with 2 shots of hold onto the ball pic.twitter.com/cJQXYOwRSe

Decalf Metcalf caught that pass, poured himself a cup of joe (decaf, of course), sipped that sumbitch while contemplating the meaning of life, took nineteen steps, learned how to play piano and them fumbled

Decaf Metcalf needs to have some caffeinated coffee. Wale the fuck up.