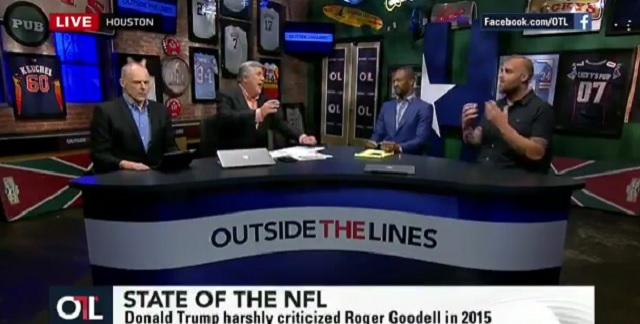 ESPN’s Outside The Lines will probably not have former Rams offensive lineman Kyle Turley back on the show after he went on a bizarre anti-Trump rant claiming the President has early onset Alzheimer’s disease while discussing Trump’s recent comments about NFL commissioner Roger Goodell.

Poor Bob Ley had no idea what to do.