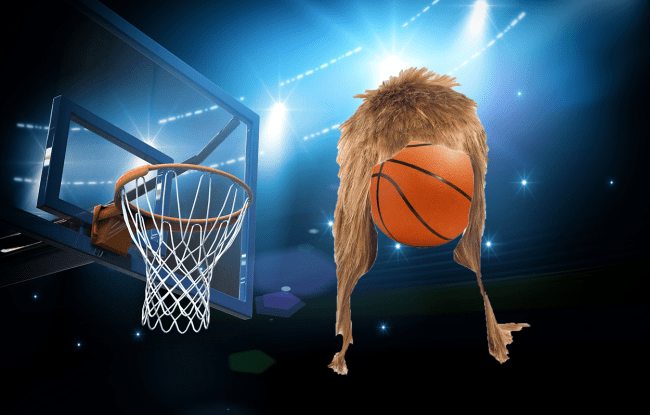 At 6-foot-5, 175 pounds, Kizer is a three-star recruit according to 247Sports. He has received offers from Bradley, Illinois-Chicago, Southeast Missouri State, Eastern Illinois and Illinois State, but that list is almost surely to grow over the next year.

Kizer has the ability to be an important asset to a mid-major program for years to come. His play style is unlike anything you have ever seen before, but he has wicked handles for his size, can shoot from the field, lays bricks, and can dunk.

His mixtape recently made it onto ‘Ballislife’ and deservedly so. Kizer is a beast. He’s swatting shots, dropping dimes and getting buckets.

Further adding to his allure, Kizer sports a sweet set of lettuce with a headband and no undershirt. He’s gritty and old-school in the best way possible.

The caption to the mixtape read “He Needs a Nickname,” and the one that seems to have caught on is “Hair Jordan.” Makes sense.

He Needs a Nickname pic.twitter.com/p2FgAQtg00

Although Hair Jordan is an elite nickname, whatever you want to call him ultimately doesn’t matter. When Kizer steps onto the floor, it’s game over.

Kizer plays for Metamora High School just outside of Peoria. His team is 2-2 on the young season, but with Hair Jordan on their side, the Redbirds have potential to make some serious noise around the state if everything comes together.

Here are some more of Kizer’s highlight tapes, because they’re just so awesome: