Pro Golfer Ethan Tracy Needed To Hole Out From 101 Yards On The 18th Hole To Force A Playoff. NAILED IT! 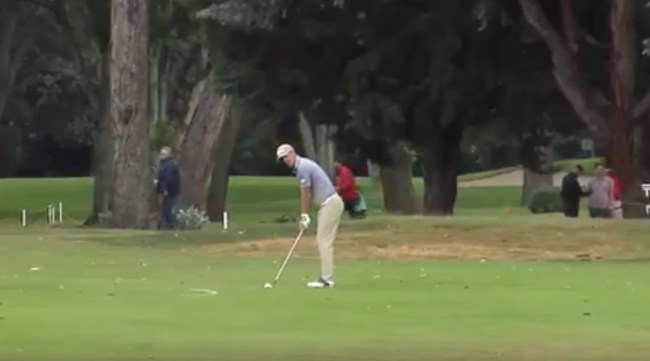 Jordan Spieth may have coasted to a stress-free victory on the PGA Tour yesterday, but there were some real fireworks happening on the Web.com tour. Ethan Tracy needed an eagle on the par 5 18th hole on Sunday to force a playoff with clubhouse leader, Roberto Diaz.

Rather than bombing it on the green in two to try for a more traditional, and much easier eagle, Tracy had to rely on making a 101-yard shot from the fairway. And the improbable happened!

Tracy went on to win the tournament on the second playoff hole to complete the amazing victory. That honestly doesn’t come as much of a surprise. Diaz was probably polishing the trophy while Tracy was in the 18th fairway waiting to hit that 101-yard wedge. Dude had his fucking guts ripped right out of his stomach. It was like what happened to the Falcons in the Super Bowl. There was just no way he was going to win after that happened.