Evander Holyfield Fires Back At Mike Tyson With His Own ‘I’m Back’ Training Video, Says He’s Willing To Fight Tyson Again For Charity 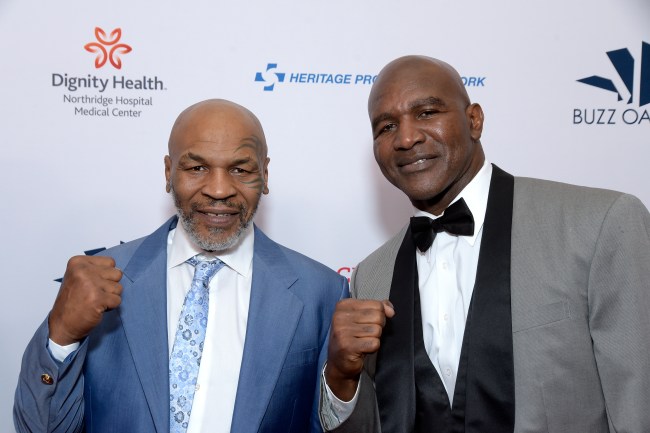 Could we actually get a Mike Tyson-Evander Holyfield trilogy?

For the past few weeks, Tyson has been teasing his boxing comeback with several Instagram training videos including one where he declares that he’s “back”.

Tyson’s longtime nemesis in the ring, 57-year-old Evander Holyfield has since responded to Tyson’s comeback with his own “I’m back” training video.

My 1st week back in the gym and I feel great I'm looking forward to stepping up my training sessions and intensity as I prepare for my fight.

Holyfield has since gone on record to say that he is down to go to toe with Tyson in an exhibition match for charity but he wouldn’t pressure Tyson into doing so..

“I don’t know, you would have to ask him! I wouldn’t ask nobody to do anything they don’t want to do. But it’s for charity. If we can work something out that works for everybody then it’s a win-win-win.”

“I’ve already done what I wanted to do in my career and have been the best that I could be. If it wasn’t for charity, I wouldn’t fight Tyson,” “I don’t look at it as being a winner in this fight. This is a charity event helping our foundations. The thing is knowing what you’re doing it for.

If they do fight Tyson seems to have the edge when you compare both training videos.