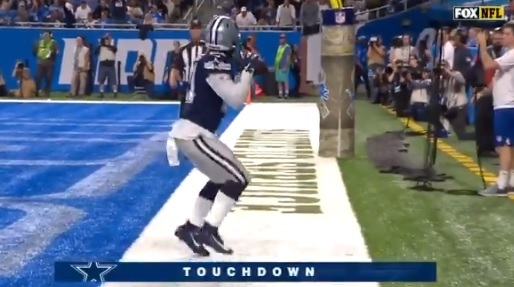 The Dak dance is all the rage these days.

Dak dancing immediately became the hottest meme on the Internet after the clip went viral.

During Sunday’s Cowboys-Lions game, Dak’s teammate Ezekiel Elliott decided to have a little fun and celebrated by doing the infamous hip-thrust dance during his TD celebration.