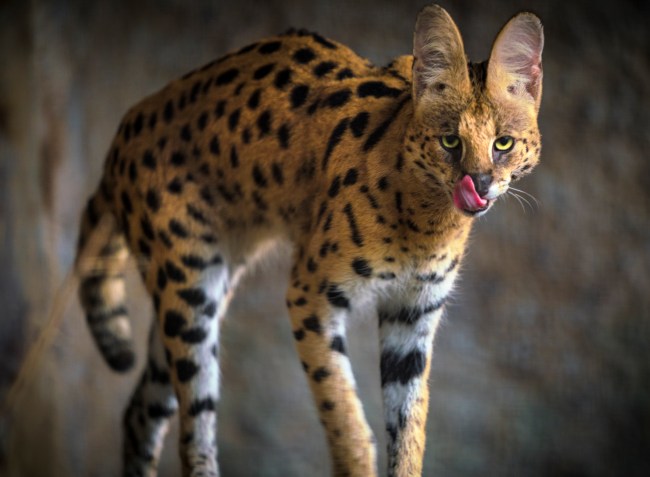 Fuck You Money (NOUN): An exorbitant sum of money that buys one complete financial independence. (ie. Ezekiel’s father bought a fucking African wild cat with his fuck you money. Why? Who knows!)

Ezekiel Elliott’s father likely won’t have any trick-or-treaters in his Ohio neighborhood after a serval believed to be owned by him terrorized neighbors before it was shot dead by police. 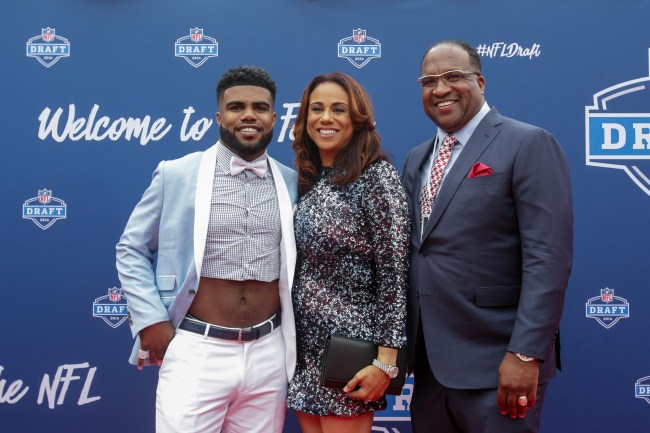 A serval is a slender, medium-sized cat native to Africa that can stand up to two feet at the shoulders and weighs up to 40 pounds. It is a carnivorous cat that preys on rodents, birds and reptiles by leaping on them with its forefeet and biting their heads or necks. Seems chill.

“We thought we were keeping an eye on it, and the truth is it was more stalking us,” Zuber said, revealing that the pet had a collar but looked hungry.

“It was kind of creeping towards us, and as we took a step backward, it would take steps toward us and when we made noise to shush it away, it hunched back in a position to leap forward,” he told NBC 4.

Another neighbor claims she picked up her children from a neighboring house and texted parents in the area about the suspicious-looking animal.

Fairfield County Sheriff’s deputies arrived at the scene and shot the cat after it attacked a neighborhood dog.

“I don’t know how long it had been out [or] when it had last eaten, but over time they’re going to resort back to their normal behaviors,” Chief Deputy Lape told WBNS-10TV.

The deputy claims authorities executed a search warrant for Elliott’s home to find out whether the man had a permit for the animal, but reported that there is no documented permit in Fairfield County for a serval cat.

Fairfield County spokesperson Shelby Croft told The New York Post that Elliott could face a fifth-degree felony charge if it is determined that he let the “dangerous wild animal” out intentionally coupled with a first-degree misdemeanor for not having the animal permitted.

A no good, bad week for Stacy Elliott–having his pet shot dead, being alienated by his neighbors, and having a felony looming over his head. Mr. Elliott may have to hop on Zillow to start anew somewhere else.