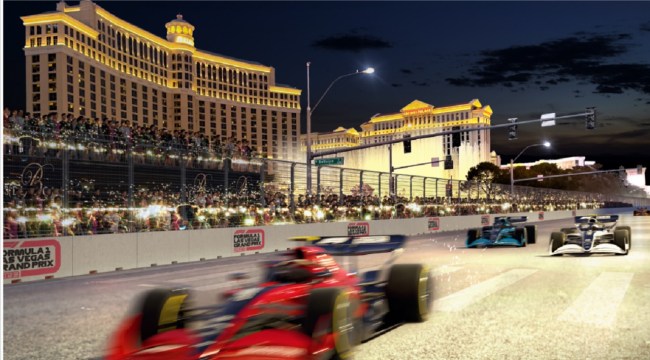 On Wednesday night, F1 announced plans to hold a race in Sin City on a Saturday in November of 2023.

Formula 1 and the Las Vegas Convention and Visitors Authority (LVCVA) are happy to announce that the
Las Vegas Grand Prix will join the FIA Formula One World Championship from 2023.

The race will take place at night, on a Saturday in November, on the famous Las Vegas Strip with the track
sweeping past some of the world’s most legendary landmarks, hotels and casinos. The incredible neon
lights of Las Vegas will be the backdrop for Formula 1’s third race in the US and highlights the huge
enthusiasm and excitement in the US for Formula 1 as the sport continues to grow its global fan base.

Formula 1 and Liberty Media will work together to promote the race in partnership with Live Nation
Entertainment and the LVCVA, as well as Founding Partners Caesars Entertainment, MGM Resorts
International, and Wynn Las Vegas and Presenting Partners MSG Sphere, Resorts World Las Vegas and
The Venetian Resort.

The track design is 3.8 miles (6.12km) long from start to finish with top speeds estimated to be over 212 mph (342 km/h). There will be 50 race laps with three main straights and 14 corners, including a high-
speed cornering sequence and a single chicane section.

Here’s how the track will look with the cars racing around the iconic Las Vegas Strip.

In a press conference Governor of Nevada Steve Sisolak says having an F-1 race in the city will attract 170,000 visitors and will bring half a billion dollars in revenue.

Nevada governor Steve Sisolak: "We don't normally have a press conference at 7:30pm at night, but this is unusual…

Anticipating 170,000 visitors, direct impact of half a billion dollars #F1