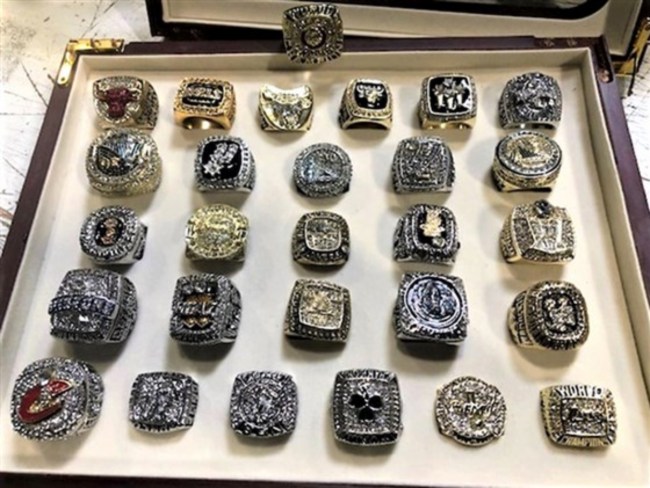 The U.S. Customs and Border Patrol agency is tasked with protecting our nation’s borders and a large part of that includes monitoring the goods that come into America from other countries.

The goal here is to protect the US consumer from cheap knockoff goods from countries like China who have no qualms with doing a line dance on American intellectual property and illegally counterfeiting products. And the U.S. Customs did exactly that this week when they seized two dozen fake NBA Championship rings that would’ve sold for around $560,000.

In a press release yesterday, CPB announced that they’d seized these 2-dozen NBA Championship rings that look pretty f’n legit. They were found inside of a wooden box and it’s believed they were to be sold as a collection. According to the press release, this was the ultimate middle finger to intellectual property as it trampled on more than a dozen organizations:

“Scammers take advantage of collectors and pro-basketball fans desiring to obtain a piece of sports history”, said Carlos C. Martel, CBP Director of Field Operations in Los Angeles. “This seizure illustrates how CBP officers and import specialists protect not only trademarks, but most importantly, the American consumer.” 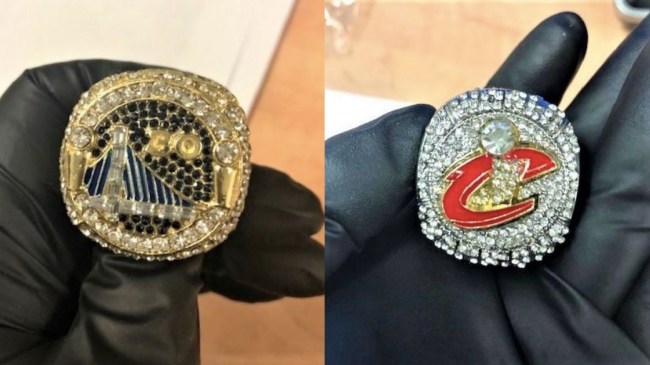 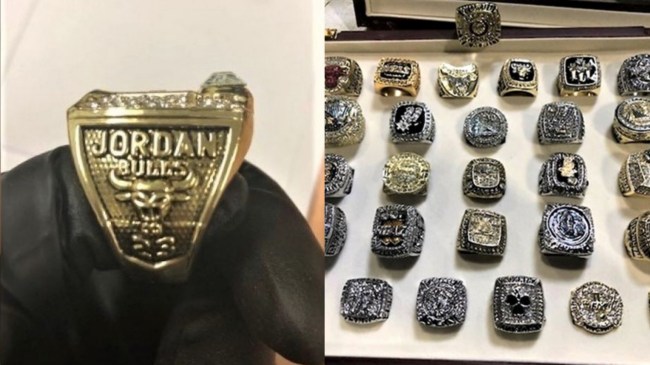 According to CBP, individual NBA Championship rings will sell for somewhere between $10,000 and $40,000 depending on the ring. They say ‘in some cases’ these rings sell for up to $200,000. Frankly, I’m shocked that ALL of these championship rings aren’t selling for $200K+ but I guess I’ve never taken enough time to learn about the secondary market for championship rings.

What’s unclear is if all of the diamonds and gold in these rings were real. If they were actually extremely valuable jewelry beyond just looking the part.

Just how much is CBP seizing per year? That answer actually surprised me:

In fiscal year (FY) 2018, CBP seized 33,810 shipments containing goods that violated intellectual property rights. The total estimated MSRP value of the seized goods, had they been genuine, increased to nearly $1.4 billion from over $1.2 billion in FY 2017.

Wearing apparel and accessories once again topped the list for number of seizures with 6,098, representing 18 percent of all FY 2018 seizures. Watches and jewelry continued as the top products seized by total MSRP value with seizures valued at over $618 million, representing 44 percent of the total. Handbags and wallets were second with seizures estimated to be valued at more than $226 million.

Am I crazy for thinking that Americans are at least capable of making our own counterfeit products? Do we really have to outsource our brand-name products to China AND the counterfeits and take ourselves out of every aspect of the business?!

You can read the full press release on these fake rings by clicking here and visiting the CBP website.