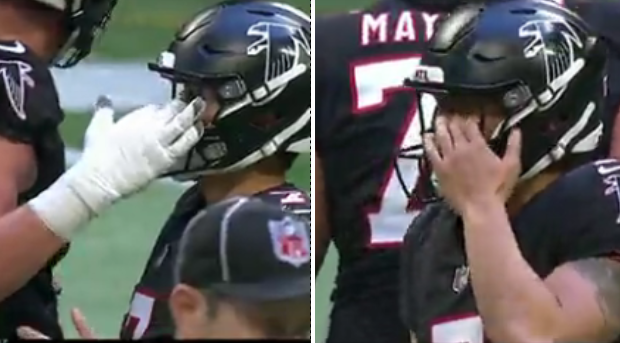 Kicker Younghoe Koo has been the most consistent player for the Falcons this season, but he might want to avoid his teammates during celebrations if he wants to make it through the season unscathed.

After hitting a 48-yard field goal during Sunday’s Falcons-Lions game, Koo got accidentally poked in the eye by offensive lineman Jalen Mayfield while celebrating.

Thankfully Koo seemed okay, but Falcons fans weren’t too happy with Mayfield nearly injuring one of their best players.

Jalen Mayfield poked Younghoe Koo in the eye after that field goal are we sure Mayfield isn't a sleeper agent with the goal of destroying the Falcons.