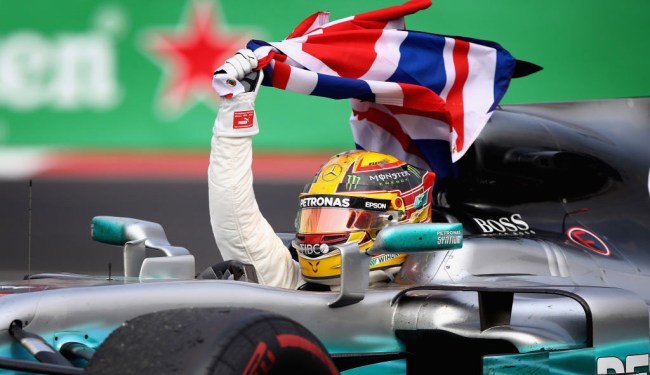 Formula 1 driver Lewis Hamilton, 32, is one of the coolest, most accomplished athletes the world has ever seen. He 100% epitomizes the dashing and ultra-expensive lifestyle that a man with his credentials should display.

He’s earned 72 pole positions, holds 20 records, and as of this weekend has now won four Formula 1 world championships, including three of the last four (he finished in 2nd in 2016).

So it’s understandable that Hamilton has cultivated a very loyal and very rabid fanbase as F1 is one of the biggest deals in the world of sports across South America, Europe and Asia.

However… as with any celebrity fanbase there are outliers, AKA people who cross over from fan to fanatic. One of these fanatics revealed himself after Hamilton’s championship-clinching victory at the Mexican Grand Prix over the weekend.

Watch as a completely grownass man RACES after Lewis Hamilton as he made his way through the crowd in an effort to get a selfie and autograph with the champ.

Am I wrong, or does watching him take a complete header feel way better than it should?

Here, watch it again from another angle and let me know…

Runner chasing Lewis Hamilton is down by contact, surely! pic.twitter.com/MfoKj8dEkh

Well done, Lewis, both on and off the track this weekend.