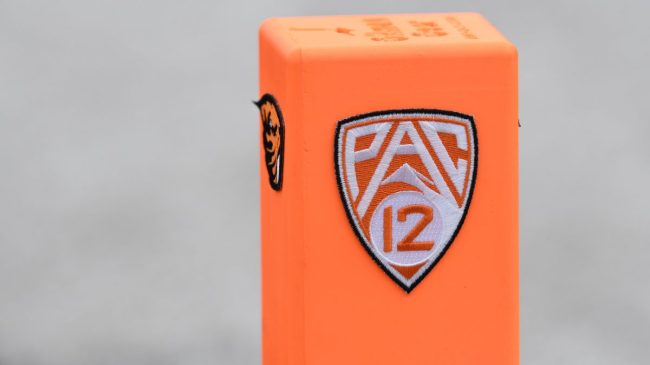 College football fans have been stunned by the recent conference realignment changes across the nation.

First, we saw Oklahoma and Texas choose to leave the Big XII to join the SEC. To answer, the Big Ten then poached USC and UCLA from the PAC-12.

Now, it seems that everyone is up for grabs.

The moves have truly shaken up the college football landscape, as old rivalries will die, new matchups will be formed, and historical conferences could dissolve. No one is safe.

Now, the question that fans want answered is, “Who’s next?”

Teams like Oregon, Clemson, Florida State, and Miami have all joined the conversation. Will they stay put in their current leagues or choose to bolt for a higher payout?

With uncertainty surrounding the current college football landscape, many are just waiting for the other shoe to drop. And one way to cope with the possibility of losing your conference or your former rivals is to laugh through it.

Take a look at some of the replies.

Teams in the ACC are waiting for the chance to move into the SEC or Big Ten.

The same is true for the PAC-12 and Big XII.

Of course, some teams that are currently in the SEC or Big Ten are fine just watching the dominoes fall.

Some Group of Five Schools just want to know what’s going on. When it’s all said and done, they could be left on the outside looking in.

Of course, teams like Alabama and Ohio State aren’t sweating it. They’ll be national title contenders no matter what happens.

And Notre Dame, well they still have no interest in joining a conference at all.

It’s going to be very interesting to watch play out, and there are still a number of different ways conference realignment could go. For now, we just have to sit back and watch.