Fan Runs On The Field During Super Bowl, Breaks A Couple Tackles, And Reaches The End Zone 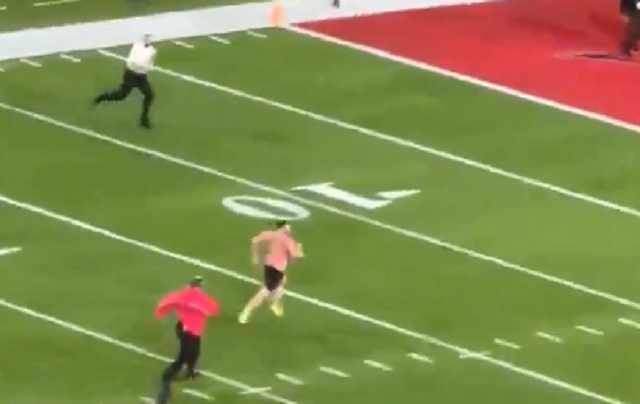 A fan ran on the field during the Super Bowl and he was probably better than anyone on the Chiefs offense on Sunday.

The Chiefs-Bucs game was interrupted in the fourth quarter when a fan decided to run on the field.

Y'all wanted fans back in the stadium… well here you go pic.twitter.com/qcfnnGJc2c

Someone inside the stadium filmed the incident and the fan was able to break a couple tackles from security and even made it to the end zone before getting taken down.

Here’s another angle of the fan’s run.

Best moves of the game pic.twitter.com/EtaVHrJQL2