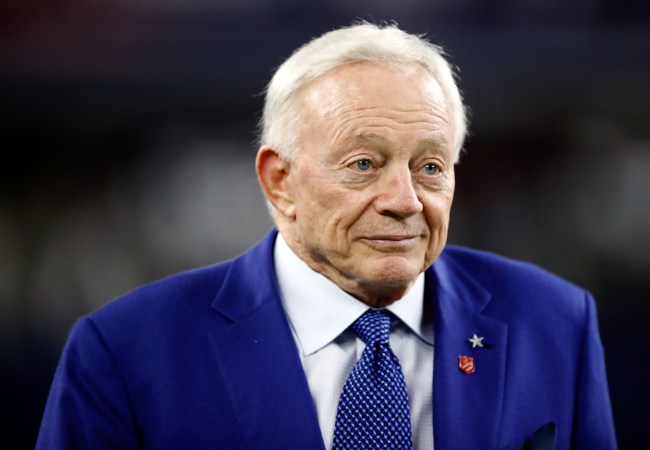 It seems like Dak Prescott is going to miss a significant amount of time after suffering a gruesome ankle injury on Sunday.

During today’s Giants-Cowboys game, an emotional Prescott was carted off the field after appearing to have suffered a serious ankle/foot injury.

With tears in his eyes, Dallas Cowboys quarterback Dak Prescott points skyward as he 's carted off the field following a third quarter leg injury against the NY Giants at AT&T Stadium. #CowboysNation pic.twitter.com/nIPYQmp22L

After the injury, C fans blasted Jerry Jones, who couldn’t come to terms with Prescott on a longterm deal before the start of the season.

A lot of people have failed Dak Prescott this season.

None more than Jerry Jones and Stephen Jones.

Dak to Jerry Jones as he heads to the tunnel pic.twitter.com/t7tT8tBWVK

Also hope this is his last game as a Cowboy. Get him away from that selfish Jerry Jones and on a team willing to give him nine figures next year when he becomes 2021 Comeback Player of the Year!

Dak didn’t get the money he deserves, and now he probably never will.

I’m sick for him.