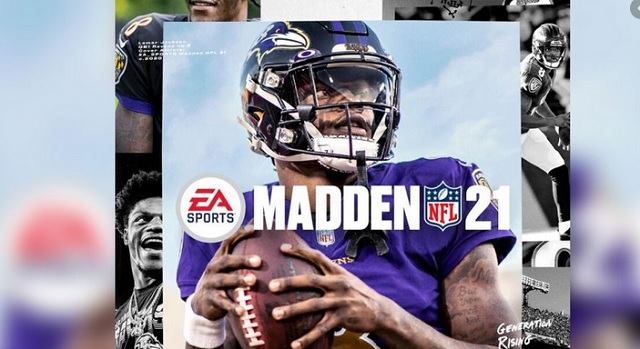 Fed up Madden fans are once again calling for the NFL to end their exclusive relationship with EA Sports following the disastrous rollout of Madden 21.

Over the weekend, fans got #NFLDropEA hashtag to trend on Twitter after the game was released with a series of bugs and an underwhelming franchise mode which led to the game getting an extremely low user score on Metacritic.

Needless to say Madden fans are generally NOT happy with this year’s edition. #MaddenNFL21 has claimed one of the lowest Metacritic user scores ever at 0.3. pic.twitter.com/j5pzxzsgQ8

EA responded by uploading a patch to fix in-game bugs and promised to update the game in the future with feedback from the community in mind.

🚨 An update on improvements coming to #Madden21https://t.co/d46I42Js6n

As our Executive Producer Seann Graddy mentioned on Friday, Madden NFL is a live service and longtime players know that launch is just the start of the annual Madden journey. We deploy regular updates after launch to tune gameplay based on your feedback, all while continuing to evolve the broader game with new content and experiences.

EA’s promise to listen to fans doesn’t seem to be enough for those who shelled out money for a broken game and are now getting the hashtag #EndMaddenMonopoly trending on Twitter on Thursday.

We had NFL Fever, NFL Blitz, NFL Quarterback Club, NFL Gameday, NFL 2K, and Madden at one point in time. Now we just have Madden because the @NFL forgot the importance of competition. People are fed up #EndMaddenMonopoly

We need the NFL to open up their exclusive rights to other companies. Madden needs competition, it's the only way I see the game improving. People are unhappy and the @NFL needs to do something #EndMaddenMonopoly is the new hashtag

People are now finally hating on the Madden series when real men realize that the franchise has sucked for a long, long time.

Hate to tell you, but this series died when the NFL gave them the exclusive license to make NFL games.

5 years and the same Superbowl celebration. And they wonder why people are sick of this game, it's copy and pasted with updated rosters that aren't even as good as the ones that you can just find on OperationSports. @NFL #EndMaddenMonopoly pic.twitter.com/D1SJmg3rVg

All we want is a quality product. EA has proven to be incapable of providing this for the past 8 years#EndMaddenMonopoly pic.twitter.com/7srAlfgaOB

Hey @NFL why do you want this inferior product representing you?#EndMaddenMonopoly pic.twitter.com/2QaaoAqu9H

Madden 21 needs to fix plays like this. So unrealistic. I don’t even enjoy scoring like this because it doesn’t even take skill #endmaddenmonopoly pic.twitter.com/B4swN9YqbO

His right foot was out of bounds and it was counted as a catch #endmaddenmonopoly pic.twitter.com/cx7NjK4U63

We are trending in the top 5 AGAIN! No way the @NFL doesn't hear us. #EndMaddenMonopoly pic.twitter.com/9RYyDjZsUv