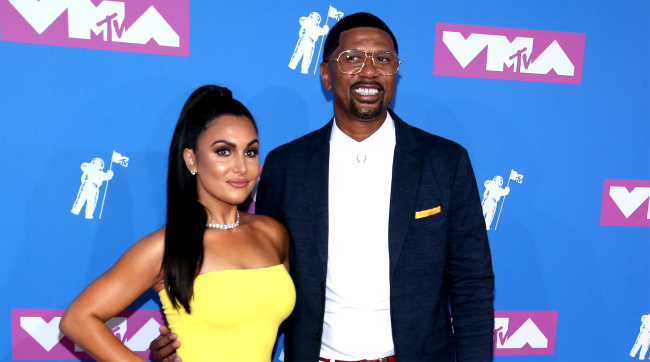 On Wednesday, a report surfaced that claimed ESPN power couple Jalen Rose and Molly Qerim were getting a divorce after three-plus years of being married.

Rose, a former NBA player who currently works for ESPN as an analyst and host, was reportedly the one that filed the divorce papers, according to TMZ.

Qerim, who has worked for ESPN for several years in various capacities, is currently the co-host of the popular show First Take starring Stephen A. Smith. Jalen Rose is often a guest on the show.

TMZ reports that Rose filed to end the couple’s marriage back on April 30, just after the two of them appeared in a Gatorade commercial together.

It should be known — in the docs, Jalen does not want alimony and doesn’t want Molly to have it, either. We’re told there was not a prenup and Molly does not want any spousal support.

The breakup signs were all over social media — Molly previously included “Rose” in her name on Instagram and Twitter, but has recently scrubbed it from her accounts.

On top of that, the couple hadn’t been photographed together much at all in the months leading up to the filing … and Jalen and Molly also haven’t posted each other on their pages for months.

As of this writing, neither Jalen Rose nor Molly Qerim have publicly commented on the report of their impending divorce.

Fans on social media, however, are another story.

Jalen gotta take off his only ring.

And this is why you don’t hook up with coworkers. Gonna be a game of hide and seek on the campus now, trying to avoid each other.

It's about time. This was going no where. Why she married him in the first place is beyond anyone's thoughts. Now she can move forward.

I was wrong. I thought this would only last 1 year.

Never understood how he got her anyway.

Her DM's are about to get wild. pic.twitter.com/WQ93ik7ztc

Of that there is very little doubt.