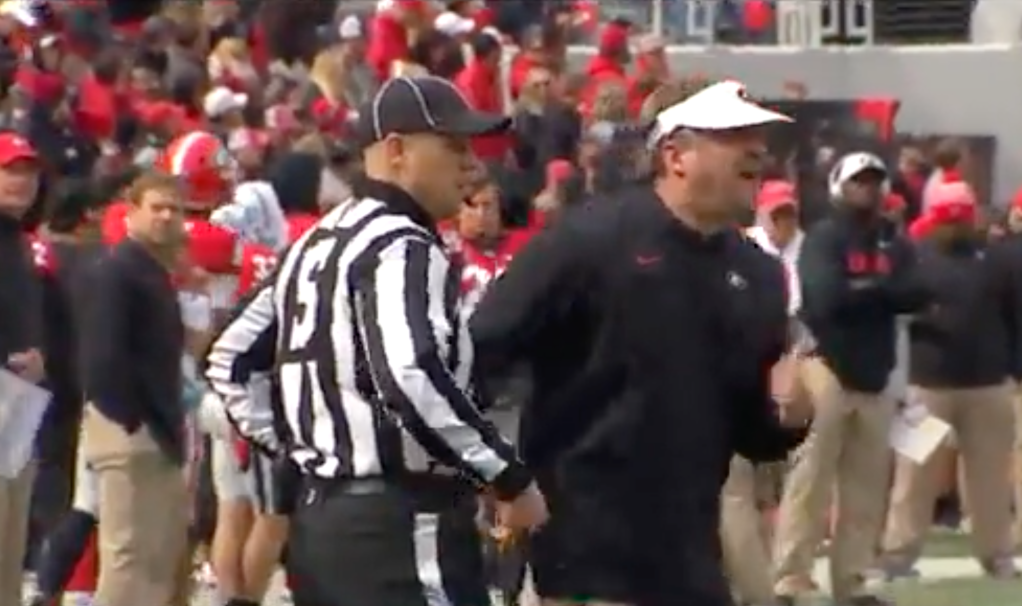 The #1 ranked Georgia Bulldogs play host to 4-4 Missouri on Saturday. It’s meant to be a relatively easy game for the Dawgs but scoring was hard to come by in the first quarter before it picked up and Georgia opened up a comfortable lead.

Georgia head coach Kirby Smart was heated with around 5 minutes left in the 2nd quarter and he got caught dropping a passionate f-bomb on a hot mic. Everyone watching national TV caught Kirby’s profane enthusiasm and from the echo on the feed it almost sounds like it was broadcasted to the entire stadium as well.

People on Twitter were quick to share clips of the hot mic and make light of the fact that Kirby Smart is so heated on a game that’s quickly turning into a blowout. Kirby’s hot mic moment came immediately after a penalty that forced Georgia to settle for a field goal instead of putting 7 points on the board.

Kirby Smart losing his mind with a hot mic 😂 pic.twitter.com/jI0fTJiKg7

My 9 y/o son heard it then looked at me like pic.twitter.com/9TZ6h5ughV

I can watch this all day lol

I was watching this with my grandson, and now he won't stop swearing at his grandmother. Thanks @espn

I’m sending a hand written letter to the FCC. That was uncalled for