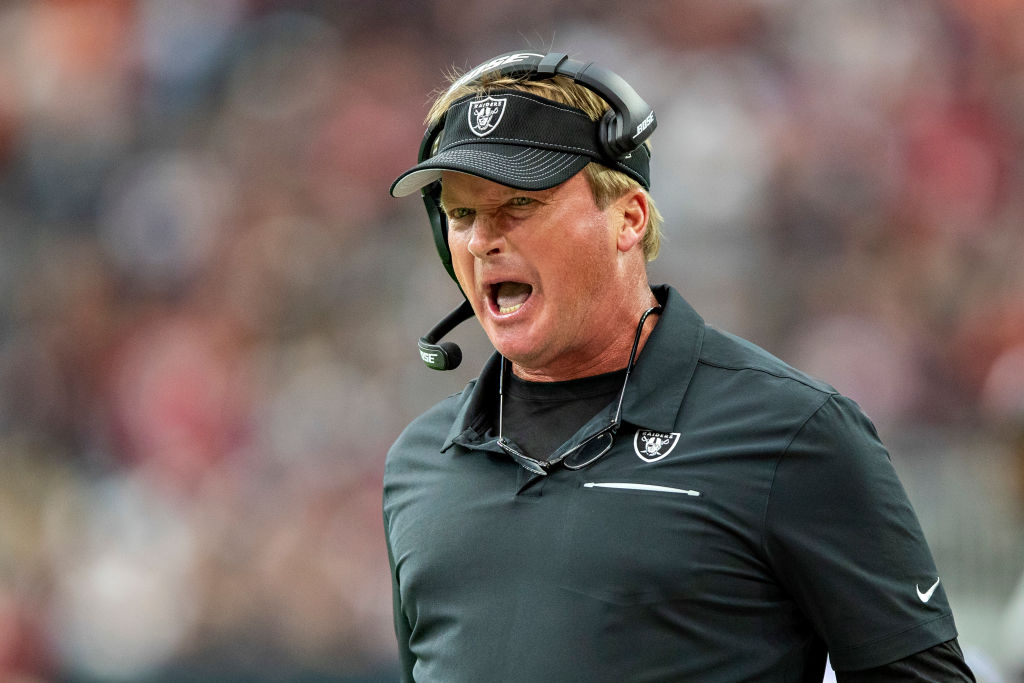 Jon Gruden’s fall from grace in the NFL was swift and justified. From the first leak of Gruden’s comments about NFLPA Director DeMaurice Smith to the email leaks about Gruden’s homophobic slurs, it was blatantly obvious that Jon Gruden had to go.

Gruden resigned as head coach from the Las Vegas Raiders, NFL fans mourned comedian Frank Caliendo who does Gruden impressions, and the fallout from the WFT email leaks continues. The Tampa Bay Buccaneers announced they’re removing Jon Gruden, the coach who won my Bucs their 1st Super Bowl, from the team’s Ring of Honor.

On Wednesday, EA Sports announced they are removing Jon Gruden from Madden NFL 22, the latest version of their game. I think the vast majority of NFL and Madden fans support this decision but at the same time, it raised a lot of questions from fans about why others are still in the game.

Fans were quick to point out there are many players in the game who have been charged with crimes against women. The comments and memes in response to the Madden NFL 22 kind of speak for themselves on this, there’s not much I can add that isn’t stated in these tweets below:

What he said was wrong yeah, BUT crazy how guys like richie incogneto, antonio brown, and deshaun watdon get to stay in the game though..🤷‍♂️ just sayin.

Will you be removing players for crimes against women?

But OJ Simpson remains in Buffalo Bills Wall of Fame.

only the best allowed in madden.

Why not replace him with who he is going to get replaced by?

But we will continue to have musicians that use those same (or even worse) lyrics perform in our game soundtracks.

This might be the only enhancement to the game you guys have made in years.

Madden should really focus on replacing this with a game that’s playable https://t.co/yG3RpCUtzR

Where is this energy for Tyreek Hill or Richie Incognito? https://t.co/TEFwWzk4PD

The general gist of the reactions to this Madden move isn’t too far off from how a lot of people are reacting to the NFL’s silence on what else was in the emails, or how there were other big names in these conversations who haven’t yet faced consequences for their actions like Jon Gruden currently is.

It does feel like this story is far from over. And I think most NFL fans, myself included, would be shocked if the NFL doubles down on staying silent about the other people implicated in the emails. But there’s no way of knowing what tomorrow will bring.