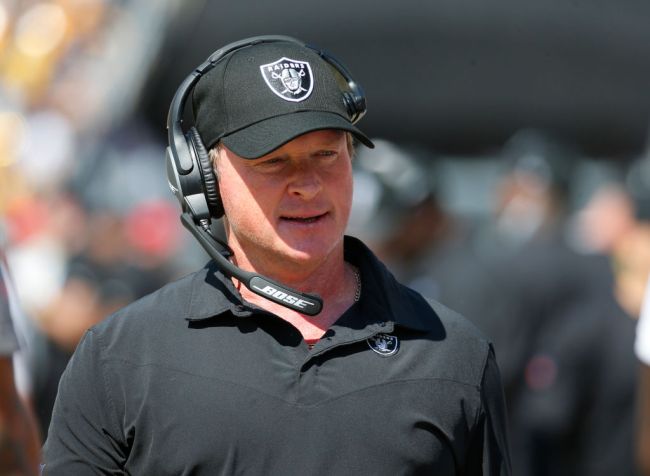 Jon Gruden is apparently out as the Raiders head coach.

Not long after the emails were released Gruden informed his staff and Mark Davis that he was going resign amid the email scandal.

Source: Jon Gruden just informed his staff that he plans to resign as #Raiders coach.

Jon Gruden spoke with #Raiders owner Mark Davis a short time ago to inform Davis of his decision. It's official. Gruden is out in Las Vegas. https://t.co/zkzkVryyfe