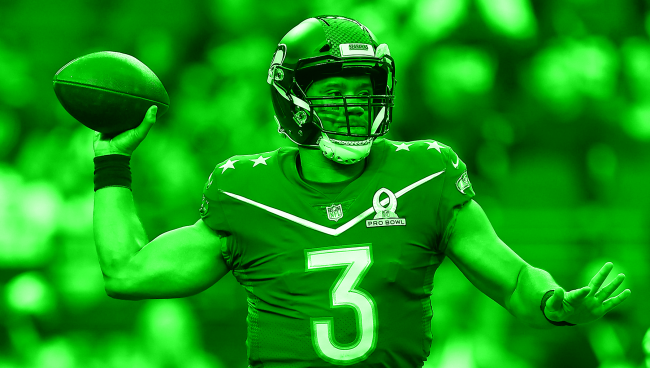 There has been no shortage of rumors and hot takes surrounding the future of Seattle Seahawks quarterback Russell Wilson.

After saying he wanted to explore possible trade options again this offseason, Russell Wilson has been linked to everyone from the New York Giants to the Pittsburgh Steelers.

Now, another NFL team has apparently entered the conversation: the Philadelphia Eagles.

The Eagles, who currently have 23-year-old Jalen Hurts as their QB after drafting him in the second round of the 2020 NFL Draft, might be looking for an upgrade, according to Sports Illustrated reporter Albert Breer.

“As I see it, Seahawks owner Jody Allen is the X-factor,” Breer wrote this week. “I’ve heard she’s for keeping Wilson — which wouldn’t exactly be a wild train of thought for an owner. The question has been how badly, and what it’ll mean if Wilson, eventually, becomes more forceful about seeking a new home.

“Meanwhile, from a team-building standpoint, it’s fair to surmise that this might actually be an ideal time to move Wilson, while he’s still relatively young (at 33) and has two years left on his contract (that’s what Matthew Stafford had left when he was traded).

“If I had to guess, I’d say he’ll eventually get moved,” Breer added. “And I’d have said the destination was going to be the Saints a month ago. Now that Sean Payton’s gone, let’s put him in the NFC East … to the Eagles. In a way, it’d be a sort of redemptive move for Howie Roseman, who was part of a front office that planned to take Wilson in the third round in 2012, only to have Seattle scoop him up earlier in the round.”

Would Russell Wilson be an upgrade over Jalen Hurts for the Eagles?

Russell Wilson would probably be an upgrade over Jalen Hurts, at least in the short-term. However, the 10 year difference in age coupled with the fact that Hurts showed vast improvement in his second year in the NFL (3,144 yards, 16 TD, 9 INT, 87.2 QBR) has many fans wondering if it would be the right move for Philly.

I wouldn't accept it. Here's the thing, we are not fully suited for a super bowl run next year. I say stick with hurts until proven otherwise. If you look at next year crop of QBs for 2023 class, I would bank one of those than aging QB. We need a franchise QB.

RW is the most overrated QB in the NFL. Won a SB being a game manager who had a legendary defense & a stud running game. Now that the Legion of Boom is long gone & they don’t have a RB like Lynch, RW takes the team to a 7-10 record. & he’s had a losing record 5 of the last 11 yrs

First of all, Wilson's on the decline, and he's essentially just an older Hurts.

Secondly, Hurts is also statistically a top tier QB in the league.

Finally, the games aren't decided by the skills challenge.

This team won 9 games with Hurts as a second year player, first year starter. How many more wins does Wilson realistically get, 1 or 2. The eagles are not a 12-13 win team. Maybe you win a playoff game with him. I just don’t think he pushes the needle as much as you need

Numerous other Eagles fans, however, are all for a move to acquire Russ.

Then there were the Commanders fans…

Don’t f*ck this up @Eagles

Fun fact… Nick Foles was the quarterback the Eagles ended up drafting after Russell Wilson was taken off the board by Seattle.