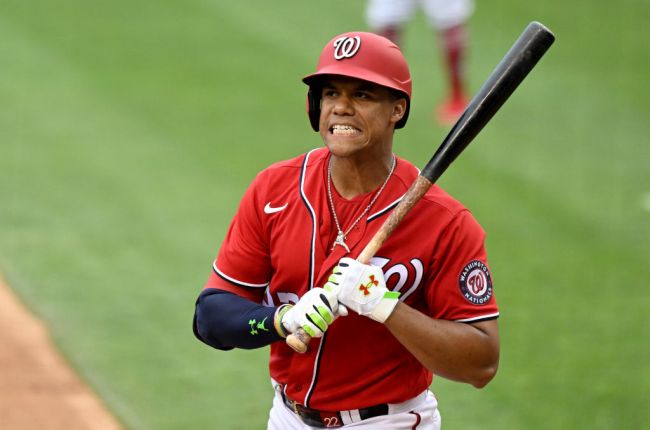 After more than a week of speculation over where Juan Soto would land following his rejection of the Washington Nationals’ contract extension offer, fans finally learned today where Soto will finish his 2022 season.

According to ESPN’s Jeff Passan, Soto will be heading to the San Diego Padres along with Josh Bell in exchange for MacKenzie Gore, Robert Hassell III, CJ Abrams, James Wood, Jarlin Susana, and a major leaguer that has yet to be named.

One of the biggest deals in baseball history goes down, and it sends the 23-year-old to SD, where he will team with Fernando Tatis Jr. and Manny Machado.

The package going back to Washington for Juan Soto and Josh Bell, sources tell ESPN:

That’s the only holdup right now to the agreed-upon deal.

The deal completes a massive trade deadline for the San Diego Padres that had already seen them land Josh Hader yesterday, but it has been met with criticism for the Nationals.

Fans have not been impressed with the return for the Nationals as they gave up last year’s runner-up for the NL MVP award and threw in a former All-Star for a bunch of prospects who have yet to begin proving themselves at the MLB level.

The Nationals got fleeced and Mike Rizzo should be fired btw