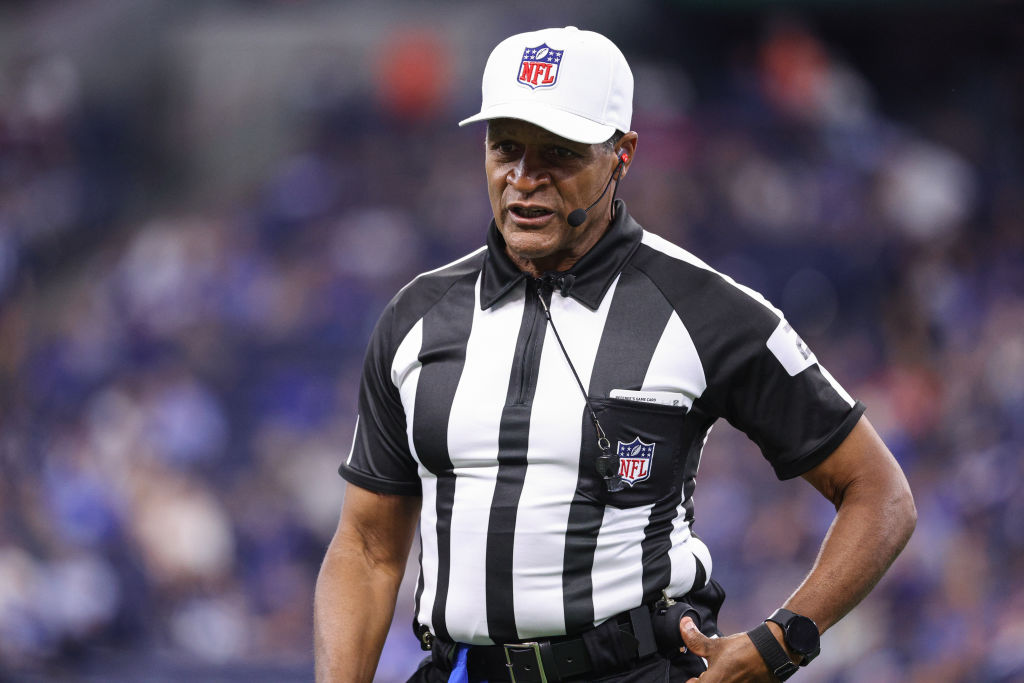 Fans are once again calling for Jerome Boger to be fired by the NFL.

On Sunday, Boger made the worst call of the season when he called Falcons Grady Jarrett for a bogus roughing the passer penalty in a crucial play against the Bucs in the fourth quarter.

This may be the WORST roughing the passer penalty I’ve ever seen. Embarrassingly bad call. The Falcons got screwed.

Boger tried to explain his decision while speaking to a pool reporter.

Report from the Bucs pool reporter just landed in my inbox. Here's the full transcript: pic.twitter.com/UjgAVE2sNd

Fans are now calling for Boger to be fired.

Jerome Boger the referee in the Bucs gm. Just made the worst call of this early NFL season. NFL will need to offer an explanation on this BULLJIVE call. That was a text book sack and it was penalized. Falcons got hosed

Let’s put a face to a name: Jerome Boger!!!! He doesn’t know what a sack is in the NFL !! pic.twitter.com/VPQssUAftv