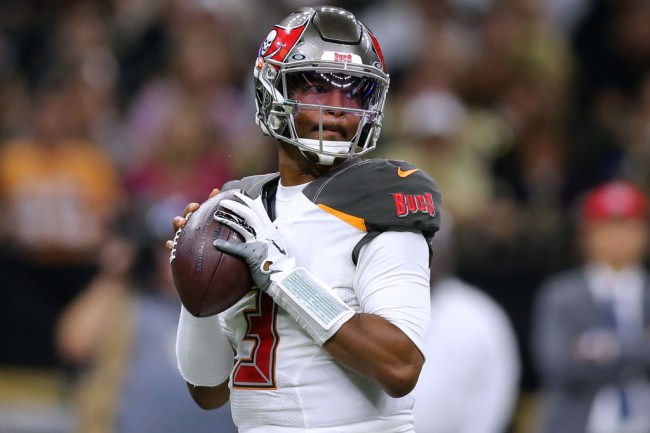 We saw points come in bunches last week. It was the first time ever we had five 40-point players.

There are more good opportunities for some big scores this week, especially with this highly anticipated Texans-Chiefs game.

Here is who I think you should start and sit in Week 6.

Quarterbacks To Start This Week

Terrific Tommy seems to be ageless. He struggled against Buffalo a couple of weeks ago, but he redeemed himself last week against the Redskins. He faces another NFC East opponent in his Super Bowl Achilles’ heel, the New York Giants.

This is not the Steve Spagnola Giants defense; this is the one that allowed Kirk Cousins to throw for his first 300-yard passing game since November 25, 2018 last week.

Murray has been a good fantasy quarterback this year. Although he has not had a passing touchdown in two weeks, he’s made up for it with 120 rushing yards and two rushing touchdowns.

The Falcons defense has given up eight passing touchdowns in the last two weeks; I can see Murray rushing and passing for a score in this game.

Sleeper Quarterback of The Week

Allen hasn’t been lighting up the box score, but the Panthers haven’t lost since he has replaced the injured Cam Newton.

He has an excellent opportunity to break out against a Tampa Bay defense that allowed Teddy Bridgewater to throw for 314 yards and four touchdowns last week.

Quarterbacks To Sit This Week

Goff has not been that good of a quarterback overall, only throwing over 300 yards in two of five games this year. He’s especially had troubles facing tough pass defenses; he only scored 10 standard points against the Carolina Panthers’ fourth-best passing defense in Week 1.

This week he faces a 49ers defense that is second-best in that category.

Danny Dimes came down to earth last week only throwing for 182 years in his first career loss to the Vikings. Now he faces a Patriots defense that only allows 181.8 passing yards-per-game.

I like the way Winston has been playing the last three games with multiple touchdowns and at least 17 standard points.

I’d temper my expectation against the Panthers as they’ve never allowed Winston to be better than a QB14 in eight career games.

Other Quarterbacks to sit:

Quarterback Bust of The Week

Coming off the bye week, two weeks of preparation still does not give Stafford enough time to get ready for a Green Bay defense which is only allowing 13 fantasy points to quarterbacks per game.

It seems like apologies go a long way in way in NFL. The game after Kirk Cousins says I’m sorry, he has 130 receiving yards and scored twice.

I thought to go against the Giants was a great matchup, the Eagles have allowed the most points to wide receiver this year with 32.8.

I apologize for ever doubting your skills.

Even without a brand name quarterback, Moore has scored 12 points or more in three of five games this season, including his first matchup against Tampa Bay this year.

A repeat performance looks good in a matchup over the pond.

Others Wide Receivers to start:

Wide Receiver Sleeper of The Week

Yes, at this point, we have put Nuk in this category. It has not been the year we thought Hopkins would have as he hasn’t had 100 yards receiving or a touchdown since Week 1.

This is the week we see both. We’re expecting to see close to record-breaking points in this game, after the week Fuller had, it’s Hopkins’ turn.

Sanders started the year strong, and his upside looked good, but with the emergence of Courtland Sutton, he’s faded.

I thought of him as weekly WR2, now he’s a matchup based flex play in the 27th ranked offense.

I would only upgrade him to a risky start if Brandon Cooks (concussion) plays this week.

The 49ers have emerged a tough defense allowing the second-fewest amount of yards-per-game.

Other Wide Receivers To Sit:

Bust Wide Receiver of The Week

He had a two-touchdown performance against the Chiefs a couple of weeks back but unfortunately, he faces a Green Bay defense who has allowed the second-fewest amount of fantasy points to wide receivers this season.

Running Back To Start

The Lions are very confident in giving Johnson the ball; he has 46 carries resulting in 200 total yards in the last two games.

He gets a prime matchup this week; the Packers have done well with stopping the pass, but have struggled to stop the run allowing the third-most fantasy point to the position this season.

With Rex Burkhead missing another week, Michel should see a good amount of carries again against the Giants.

James White is also confident start as the Giants have given up the eighth-most receiving yards to running backs this year.

Other Running Backs To Start:

Sleeper Running Back of The Week

Referred to as the “Tank Bowl” or “Tua Game,” this is the battle of two teams that are in turmoil. Fresh off a 5 A.M. cup of coffee and firing, the Redskins get a team that seems to want that number one pick.

With a lack of talent at quarterback, Peterson should see a ton of volume.

If this were last year, Gurley never gets mentioned because he’s been a “set and forget.”

He’s been fine the last couple of weeks, mainly in passing game, but his NFC West rivals, the 49ers, are first in rushing yards-per-game and third-best in receiving yards per game to the running back.

Howard has been the hot back in Philadelphia with four total touchdowns in the last two games.

I don’t trust him this week against Minnesota, who’s only allowed one rushing touchdown this season.

Bust Running Back of The Week

Trying to figure the Tampa Bay running situation is worst than figuring David Montgomery (the fact he’s on a bye saves me the stress). We thought Jones was the guy, then, he only got nine carries last week.

The last time he faced Carolina this year, they held him to only nine total yards.

Tight End To Start This Week

Come on down Austin Hooper! You’re the next contest on “Which tight end gets go off against the Cardinals?!?!”

Tough game for Olsen with only five receiving yards last week. He gets a great matchup against NFC South rival Tampa Bay, who’s allowed the second-most receiving yards to tight ends this year.

He also had 110 receiving yards against them in Week 2.

Others Tight Ends To Start:

Sleeper Tight End of The Week

Jaguars tight end James O’Shaughnessy will miss the remainder of the season with an ACL tear. I think Swaim can step in and make an impact.

Tight End Sits of The Week

Eifert was supposed to go off on the Cardinals last week. If he can’t have a game against Arizona, he’s just not worth having on your roster even in this thin talent pool.

Walker is another player that came out hot to start the season and has quickly dropped. He hasn’t seen the end zone since Week 1, and now he faces Denver, who just allowed their first touchdown to the position last week.

Other Tight Ends To Sit:

Tight End Bust of The Week

Coming off a bye, he immediately comes into a tough matchup. The Packers have only given up 36 yards-per-game and one touchdown to the position this year.

Secondly, Hockenson has scored just slightly over half of his points in three games (12 points in full-PPR) than in his first game (22 points).

Is Jon Hillman a viable option against the Patriots?

I’m not comfortable starting anyone on the Giants in New England. There really isn’t anyone to start: Wayne Gallman, Saquon Barkley, Sterling Shepard, Evan Engram will not play this week.

Darius Slayton might be a PPR deep sleeper, but that’s even a stretch.

Redskins and Dolphins, who to start?

I mentioned Adrian Peterson being a sleeper, and Terry McLaurin is another Redskin I’d consider a flex play, and if you’re desperate at tight end Vernon Davis has some upside

Preston Williams and Davante Parker for Miami could be another flex option.

Who in the 49ers backfield should I start?

Tevin Coleman has the chance to get the most opportunities, but as you can see, Matt Breida has a high ceiling. I like both as RB2s.

Raheem Mostert is odd-man-out, and Jeff Wilson Jr., who had four touchdowns in two games, is droppable as he was a healthy scratch last week.

What to do with Baker Mayfield?

Right now, October 10, 2019, at 2:34 a.m., while I’m writing this and watching the newest episode of The Goldbergs, I’d rather have Dwayne Haskins stashed in a dynasty league than Baker Mayfield.

The offensive line is terrible. Baker does not have time to sit before the pocket collapses. I’ve noticed he runs a lot to his right side, which would be fine if he didn’t try to throw across his body so much.