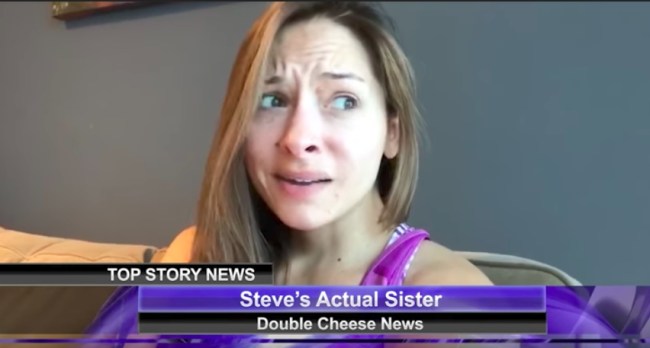 As far as I’m concerned, a fantasy football league should be the anti-safe space. If you manage to go through a season without finding yourself on the receiving end of an insult or two that hit a little too close to home, you should seriously rethink the kind of people you’re associating with and what you’re doing with your time.

When you sign up for fantasy football, you’re signing a social contract— a contract that states you should do everything in your power to make your fellow players feel bad about themselves. Sure, you could simply set your lineup every Tuesday and let that be the end of it, but you’d be betraying the spirit of the game.

This man, on the other hand, knows how the game is supposed to be played:

I don’t know much about the creator of this video, but I really respect his commitment to letting Steve know how much he sucks. The result of this week’s game doesn’t even matter— when you recruit your opponent’s sister to appear in a minute-and-a-half long fake news broadcast outlining all the reasons he’s ass at fantasy, you’ve already won.