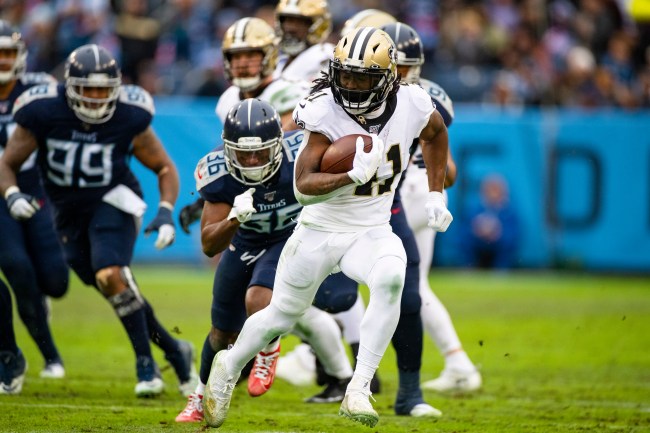 It seems like Alvin Kamara may be threatening to hold out the first few games of the season which is bad news for fantasy football owners who drafted Kamara this past weekend.

Earlier this month, the Saints star running back, who is on the final year of his rookie contract, spoke to ESPN’s Mike Triplett and told him he “wasn’t worried” about his next contract.

“It’ll happen when it happens,” Kamara said. “Me and my agent talked briefly about it, and I told him, ‘Don’t tell me anything about a contract until it’s like something where it’s happening or there’s something I need to know.'”

When asked if he also decided to “bet on himself” having a big bounce-back year, Kamara said, “I bet on myself every year.”

Kamara’s attitude towards his next contract appears to have changed because he has apparently missed the last three days of practice due to a suspected “contract-related matter.”

Saints' RB Alvin Kamara has had an unexcused absence from training camp the past three days and it is believe to be contract related, per sources.

People who held their drafts this weekend and picked up Kamara were not happy with the news.

Mannnnnn they couldn’t announce all this shit yesterday?? pic.twitter.com/jbmytPyUAV

Every damn player on my fantasy team is having something happen. Damnit man I can't catch a break. https://t.co/pFff1kQhTx

Just drafted him first round in both of my fantasy leagues pic.twitter.com/wIkNO6bYrO