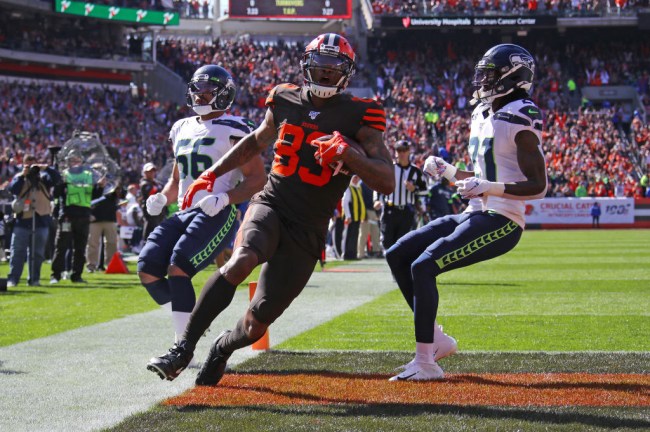 Last week we saw some of the highest-scoring we had ever seen and this week we saw a dip.

A couple of last year’s fantasy stars that have come out the gates slow had resurgence games, and we saw others that haven’t gotten there yet.

Here are the players you should be looking to add your roster for Week 7.

He might not be available, but if he is, you should be grabbing him. Against the Steelers, the Chargers struggled offensively for most of the game, but Henry still shined with 100 receiving yards and two touchdowns. If you don’t have a top tight end, you need to go all-in if he’s available.

The Jets offense saw a resurgence with the return of Sam Darnold; one of the biggest beneficiaries was Crowder. In the two games with Darnold, he’s seen 16 targets.

He has a tough matchup in New England this week, but then six of his next seven games are against the bottom 10 pass defenses.

With the Bills coming off a bye, Allen might be available. I love the upcoming schedule: Miami twice, Washington, a Philadelphia defense that got smoked by Kirk Cousins, and Cleveland.

Allen is a good option to be the quarterback to take you to the playoffs.

Another player that felt the Darnold effect was Anderson with a 93-yard touchdown this past Sunday. He’s just behind Crowder in targets with 15 when Darnold starts.

Anderson has a great connection with Darnold; he had 13 or more fantasy points in three of the last four games in 2018.

With Will Dissly believed to have a torn Achilles, Wilson is next on the depth chart. The potential is there with Russell Wilson’s fondness of targeting his tight ends, especially in the red zone.

You should have picked up Tate a couple of weeks ago when John Ross went on IR. He had 12 targets last week and 24 in the last three games on the offense with the highest throwing percentage.

I like that Baker Mayfield has been throwing to Seals-Jones when they get near to the red-zone, but he only has one game over three targets this season.

Also, he’s on a bye this week. If you don’t need immediate help, look to him as a stash.

With Hernon out last week with an injury, he might still be available in your league. The Jets are obviously much better with Darnold behind center and Hernon could play a part in that if he’s healthy enough to return

If you’re a Todd Gurley owner. I would look at Brown as your handcuff. The Rams have two games until the bye; they may look to rest Gurley, watch that situation closely.

If you miss out on Brown, Darrell Henderson would be the next choice.

In the last two weeks, Fells has been getting more involved in the offense. He led the team in receiving yards last week and grabbed a touchdown the week before.

The only Patriot I feel comfortable starting the defense.

The Dallas choke job, like Christmas, comes earlier every year.

Hopefully, you bought low on Diggs this week.

Tampa Bay, San Francisco, Philadelphia, now welcome the Los Angeles Chargers to the running back situation we can’t figure out.

San Francisco’s defense is the real deal, and the Rams’ offense may have an expiration date.

Mono will be known as Sam Darnold’s superhero origin story.

At this point, can you even start JuJu?