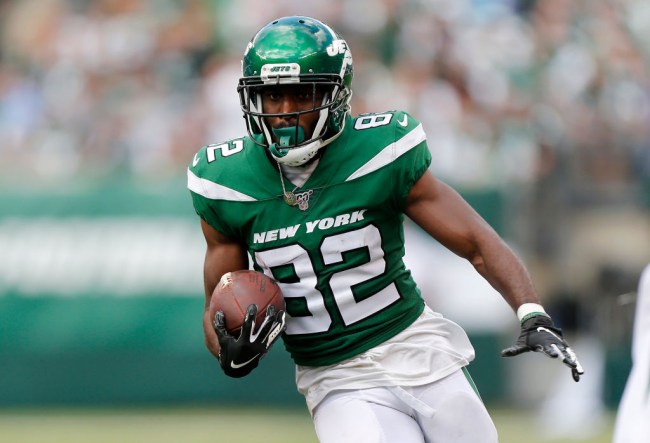 Last week was monstrous in terms of players having massive games. This was the first time ever five players had at least 40 points in PPR leagues. With that, some come from behind wins and leads were diminished.

It’s time put that in the past and look for these players to add in this week’s waiver wire.

I looked on Yahoo and he’s rostered on only 24% of teams, ESPN it’s 18%. Minsanty has a rush of 10 or more yards in three of his four starts and multiple touchdowns in four of five. You just saw Aaron Rodgers not throw a touchdown, and the Packers score 34 points against Dallas. With quarterbacks getting hurt, underperforming, and multiple byes, I don’t know how he’s not rostered.

The Rams tight end only had seven targets in his first three games, and now he has 19 in the last two. In an incredibly thin talent pool, he needs to be a top priority.

With John Ross out and A.J. Green’s status on the Bengals up in the air, Tate is someone you need to roster if you’re looking for a WR3 or a flex.

The Jets’ tight end will return from his suspension this week to face the Cowboys. A talented player like him needs to be picked up.

Speaking of the Jets, Crowder has struggled without Darnold. He had 17 targets in the first game and only 14 in the last three. Darnold could make his return this week, and the resurgence for Crowder is possible.

Snead hasn’t done much this year in terms of fantasy, but he’s been on the field the most snaps amongst wide receivers. It’s only a matter of time until he breaks out as a number one in terms of points-per-game, he’s a deep stash.

Let’s all just establish Sammy Watkins was a one-hit-wonder. He exited the game on Sunday, and Pringle had 103 receiving yards. We could see the return of Tyreek Hill next week, but Pringle could see snaps if Watkins misses games.

More people should practice apologizing. Nothing like saying I’m sorry to fix any football problems.

The saddest thing to see is the Packers score 34 points and Aaron Rodger not throwing a single touchdown.

Even when Patrick Mahomes has “bad games,” he has great games.